Tel Aviv, Israel / Vancouver, Canada, Dec. 21, 2022 (GLOBE NEWSWIRE) — Clearmind Medicine Inc. (Nasdaq, CSE: CMND), (FSE: CWY) (“Clearmind” or the “company”), a biotech company focused on discovery and development of novel psychedelic-derived therapeutics to solve major under treated health problems, announced that it has been granted a patent from the United States Patent and Trademark Office (USPTO) for the use of its proprietary MEAI as an alcoholic beverage substitute.

Similar patents have already been granted to Clearmind for the MEAI-based alcohol substitute in Europe and India.

The development–U.S. Patent No. 11,077,072 B2 – is a major milestone, given the increasing popularity and growth in sales of non-alcoholic wine, beer and spirits. According to the information services firm NielsenIQ, the market for such non-alcoholic beverages in the U.S. in August 2022 stood at $395 million per year, showing a year-on-year growth of +20.6%.

“This patent is excellent news as we continue to strengthen and extend the protection around our innovative compounds, reflecting the growing U.S. recognition of our innovative portfolio,” said Dr. Adi Zuloff-Shani, Clearmind’s CEO.  “It’s a tremendous boost, as the U.S.  is one of the biggest markets for alcohol substitutes.”

“This positive momentum confirms the value of the innovative R&D approach that underpins our business strategy. It strengthens our prospects for a new large market, different from the pharma market and with short-term potential for considerable revenue generation.” Zuloff-Shani added.

The patent follows the appointment of former Red Bull Canada executive Nicholas Kadysh as special advisor on the regulatory development of MEAI as an alcohol substitute. Kadysh, who also previously worked at Juul Labs Canada, is a career expert on navigating complex regulatory risks in the health and food industry. He is the founder of PharmAla Biotech, which manufactures MDMA- and MDXX class molecules for pharmaceutical research, and the Board Chair of Psychedelics Canada, the trade association of the for-profit Canadian psychedelics industry. 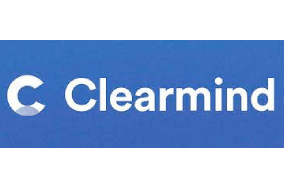