Psilocybin: Following in the Footsteps of Cannabis Along the Path to Legality

Chances are that psilocybin or magic mushrooms will be more widely legalized within several years. The progress they have made since 2020 has been extraordinary.  The path from illegality to legality looks remarkably like the journey that cannabis has been on for the last several years.

As public sentiment has changed—driven in large part by anecdotal accounts of psilocybin’s effectiveness as a treatment for PTSD as well as treatment-resistant depression and anxiety—several jurisdictions have begun removing barriers to psilocybin use through deprioritization, decriminalization, and full legalization. As with cannabis, though, these local actions are complicated by psilocybin’s federal status as an illegal Schedule I drug.

While it’s worth asking when and how psilocybin could be legalized, that’s somewhat of a backward question. The better question might be: why exactly is psilocybin illegal in the first place?

Why Is Psilocybin Federally Illegal?

Psilocybin: Following in the Footsteps of Cannabis Along the Path to Legality 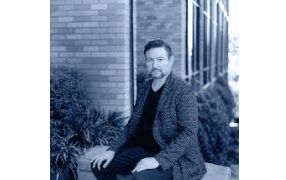