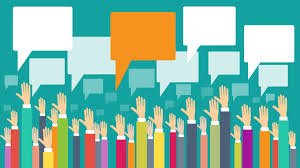 In Tasmania the Greens  conducted a poll this week

There is majority support in Tasmania for the decriminalisation of recreational marijuana, according to a poll released by the Greens’ candidate for the Braddon by-election Jarrod Edwards.

An Essential telephone poll of more than 1,100 Tasmanians found 59 per cent supported the move while 28 per cent opposed it.

The highest support was in Denison where 63 per cent were in favour and 23 per cent opposed.

The statewide figure was the same in Braddon (59 per cent) where the Greens candidate for the federal by-election, Jarrod Edwards, said it was a big issue.

“We want to decriminalise it because we feel that it takes up a tremendous amount of resources, not only in the court system but through social systems as well,” he said.

Australian General Practitioners are in favour of a more transparent system

More than half the doctors said they’d like to be able to prescribe medicinal cannabis, but they don’t know enough about it, are uncomfortable discussing it with patients, and feel overwhelmed by the bureaucratic access scheme.

The GPs were surveyed late last year, and the results have been published this morning in the British Medical Journal Open.

The latest NDSH survey from 2016 found 73.9% of Australians do not support the possession of cannabis being a criminal offence. When asked how cannabis possession should be dealt with by the courts, 46.6% of Australians reported they would prefer either “a caution, warning or no action”, while 27% said users should be referred “to treatment or an education program” over more punitive measures.

Just 4.5% of those surveyed felt a prison sentence was an appropriate action for being found in possession of cannabis.

The survey also found that only 50% of Australians would support increasing criminal penalties for the sale and supply of cannabis, showing a lack of punitive motivation even for sellers.