Renewal of the green trademark, now The Green Brand

With ten years’ experience, Growbarato has decided to change its identity. With more than forty shops in Spain and a surprising sales volume, the firm will be renamed The Green Brand, perhaps referring to the colour of the marijuana plant. Now, after a whole decade dedicated to cannabis, its only intention is to keep growing.

Whilst 2020 has been a complicated year for most markets, marijuana use seems to have reached one of its highest peaks. GB The Green Brand, making the most of the name which supports it, has found the way to reinvent itself by opening new shops and getting more affiliates.

How has the Growbarato business continued to grow?

The great demand for cannabis is the main reason why this business hasn’t stopped growing, even in times of coronavirus. Although some affiliates had to stop distribution when the state of emergency was declared, the firm continued to open new stores, achieving never before seen results.

“This year we’d like to focus on creating new franchises which will become a source of self-employment throughout the country and abroad. A strategy which has been studied and analysed by our professionals with the aim of reaching the biggest number of new customers.”

The statements from Erik Collado, CEO of The Green Brand, speak for themselves and both him and his team have worked for years to understand which formula works when growing cannabis. Moreover, knowing that the use of this plant is increasing means that his ideas are very clear.

The power of Growbarato isn’t only in Spain. Since 2017 the brand has known how to expand outside its borders, achieving licences for stores in places as mixed as Santiago in Chile or Cali. A little later, having also succeeded in this area, they arrived to the countries of Mexico and Bulgaria.

For 2021, according to the company goals, the idea is to continue exploring Latin America and to acquire the first branches in Uruguay and Argentina. As marijuana was legalised a few years ago in Uruguay, this will be much easier and more attractive for its residents.

“Our strategy is based on offering customers the best possible service. We have a wide variety of references, from fertilizers to seeds, with the best prices on the market” was another statement by Collado last year, allowing us to see how aware he is of the success of his business.

The revamping of Growbarato as The Green Brand doesn’t include drastic changes in the strategy, although they’ve undergone some redesigning after this fateful year many have experienced. With the idea of staying firm, positive and full of things to offer, we’re sure many customers will appreciate this initiative. Are you in? 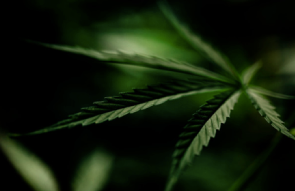