Report: DANGEROUS DELAYS: What Washington (Re)Teaches Us About Cash and Cannabis Store Robberies

Dangerous Delays is the first published study on the characteristics of cannabis store robberies.

The report was motivated by recurring reports of assaults on workers that follow a pattern: Robbers force workers to the back of the store, demanding they open the safe to obtain secured cash. Workers don’t always know the combination, and robbers don’t always believe them.

Dangerous Delays was also motivated by Congress’s renewed attention on the SAFE Banking Act this year, and by disagreements among legislators and advocates which delayed SAFE in the Senate last year.

Those debates, while focused principally on social equity concerns, saw arguments made that had the effect of casting doubt on the role of cash in driving robberies of cannabis stores, or of the significance of cannabis store robberies as a whole.

While SAFE was stalling in the Senate, Washington State’s cannabis community was in the grip of an unprecedented surge in armed robberies of cannabis stores. This occurrence, which began in November 2021 and lasted 4 ½ months, saw nearly 100 reported robberies affect roughly 80 cannabis stores, and ended with three people dead.

Uncle’s Ike’s, a Seattle-based cannabis store chain, since 2017 has compiled robbery reports, and some burglary reports, in the “Uncle Ike’s i502 Robbery Tracker.”

This unique resource is what enabled us to carry out the research done for this report.

Our analysis confirms that cash dominates as the target for cannabis store robberies. Product also plays an important role, but almost always in combination with cash; whereas cash on its own gets targeted close to 50% of the time, based on the incidents for which we could determine what was targeted.

Most burglaries, by contrast, appear to only target product. In light of the pattern of assaults on workers described above, we classified robberies according to whether robbers targeted the back of the store, or limited their attention solely to the front.

We also classified robberies according to four observed types of aggression that occur during armed robberies, which go beyond the minimum level of aggression inherent in robbery. Using statistical correlation measures, we found for the time period of the surge that robberies targeting the back of the store involved elevated aggression more often, and exhibited a larger average number of different aggression types, compared with robberies limited to the front of the store.

Examination of individual incidents confirmed that in the great majority of cases, back of the store robberies only target the safe. We also found, however, that weapons fire during cannabis store robberies is complex.

The two worst shootings during the Washington surge were driven in part by the robbers’ pursuit of cash, but also by physical altercations having ensued between robbers and the workers who were shot. Examination of issues that naturally came up while exploring this topic point to understandings which highlight the urgency of passing SAFE Banking, but also of ways that SAFE on its own may fall short of achieving the full remedy needed by businesses and workers.

One is that the decline in cash usage in our society during recent decades, has resulted in a smaller number of targets for potential robbers. This means that the businesses which are still lucrative for them, because of the presence of valuable merchandise or cash or both, are more likely to be targeted, all else being equal.

The timing of the Washington surge suggests this larger and not likely to be reversed change that affects the priorities of robbers, may have played a role. In the absence of effective preventative measures, a surge could happen again, in Washington or elsewhere. Second, reports of cannabis store robberies seem to come out of western states far more often than eastern states.

A plausible explanation is stores in the east are better able to financially afford effective security measures. In the west, there are many more stores per capita than in the newer cannabis states in the east, meaning more competition, which has brought down prices and profit margins, and has done so for many more years. This also means less average business and cash flow per store in the west.

A higher proportion of stores in the east are part of larger businesses, and would have more financial resources to bring to bear as needed for that reason. Reducing costs for the industry as a whole – which SAFE is likely to be helpful for – can free up cash flow for small businesses to spend more on security and other needs. Third, observers in banking, or who are close to transaction processing for the cannabis industry, are skeptical that the language in SAFE, which focuses solely on bank depository relationships, will allay the concerns that have kept credit card processing networks from serving the cannabis industry. If not, this will keep even debit card processing in a place where it will continue to be expensive, not always reliable, and marginally legal, limiting customers’ transitioning to electronic purchase options.

However, we do see a variety of ways in which passage of SAFE is likely to reduce cash prevalence and be of help. Congress and regulators should move quickly to make further changes that explicitly address the concerns of credit card networks, and other transaction processors that make use of those networks. We finally lay out a framework for assessing whether a truly substantial move away from cash for purchases would have the effect of stopping cannabis store robberies. We see reasons to believe that robberies would be reduced, if not burglaries. However, removing cash from cannabis stores will itself represent a change in the socioeconomic situation experienced by potential robbers. How their incentives will change in response, and whether product-only robberies could become more of a draw than they are today, only time will tell.

Security, worker training, and likely other factors, will continue to have importance for cannabusinesses, regardless of what happens with SAFE or further measures. But cash needs to be dealt with, and SAFE has to pass for that to happen. In the meanwhile, the cannabis communities in other states can help, by duplicating the tracking effort pioneered in Washington by Uncle Ike’s. 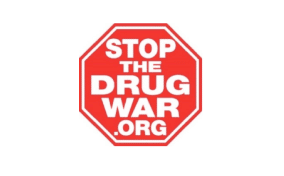