You should read more carefully before you criticize it.

With regard to your first point, you are correct that excluding taxes from revenue is not novel.  You are also correct in your observation that the flush language of IRC §164(a) recognizes that taxes may be excluded from revenue in appropriate circumstances and that in other situations may be included in COGS.

We have yet to see a dispensary that has established processes and systems for such an exclusion from revenue that we thought would withstand audit with respect to the taxes collected at the point of sale.  In order to exclude taxes collected from consumers at the point of sale from revenue in a manner that will withstand audit, systems and processes must be established by the dispensary that not only identify the taxes to be excluded in the sales receipts but also describes and treats the funds collected as taxes as segregated trust funds held by the dispensary for the benefit of third-party taxing agencies.

It is critical for a dispensary to not take the funds collected as taxes into revenue.  As you are no doubt aware, Martin Olive expressly held taxes included in revenue are expenses that cannot be deducted by virtue of IRC §280E.

With respect to your second point, you appear to have missed some subtleties in terminology. Cases such as United Grocers, Ltd. do not prohibit the operation of a dispensary as a consumer membership organization.  There is no tax avoidance.  Members contribute capital to the membership dispensary to pay the expenses of the dispensary that cannot be deducted by virtue of IRC §280E.  The consumer/members receive the benefit of purchasing at a lower price.  The dispensary pays income taxes on its real net income.  The IRS does not get the benefit of imposing income tax on gross income through IRC §280E.

This is a technique that has been successfully utilized in the cannabis industry in California for over 20 years.  I am not aware of any occasion where the use of this technique has been successfully challenged by the IRS or the FTB.  I am not aware of any prohibition of the operation of a dispensary as a consumer cooperative.  In fact, SB 94 appears to have contemplated the organization of cannabis consumer cooperatives.
Jordan S. Zoot  |  CPA.CGMA.CITP. Managing Director & CEO 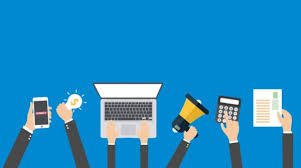