As of last Thursday, medical marijuana patients in Rhode Island reportedly no longer need to pay for a medical cannabis card. But they will still pay tax on purchases.

Patients no longer having to part with $50 for a card or stump up renewal fees coincides with the commencement of recreational sales in the state. What hasn’t disappeared is a 7% sales tax on medical cannabis. As for recreational marijuana, there’s a 20% tax being collected on that.

Currently, there are only five dispensaries permitted to sell recreational cannabis; all existing medical dispensaries granted a dual license. Ultimately, it’s intended there will be 33 adult-use retailers in Rhode Island.

The most common qualifying condition in latest period for the state’s program was severe debilitating chronic pain – 57.02% of patients; followed by severe nausea (7.33%). 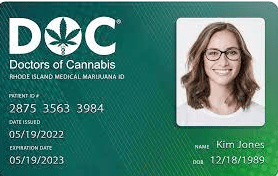