Rhode Island’s medical marijuana program received 45 applications for a lottery to operate six new dispensaries in the state, according to the state’s Office of Cannabis Regulation.

One new license is available in each of six zones across Rhode Island. A number of applicants applied in multiple zones.

Competition for a license is greatest in Zone 4, which encompasses Cranston, East Greenwich, North Kingstown and Warwick. Twelve applicants applied for the lottery in that zone. 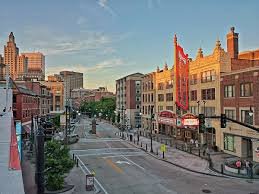