Imposing the tax now ensures that the city will be in a position to collect taxes on the sale of recreational marijuana starting Jan. 1 when a relatively slow roll out of the new law is expected to unfold. City Council could vote on the measure next week.

Mayor Tom McNamara said the city should be careful about imposing zoning restrictions without carefully studying what it will mean for where they can be located. Zoning officials ruled that dispensaries can locate under current law in most commercial areas including C-2, C-3 and C-4 zoning districts in addition to most city industrial districts, but dispensaries located in industrial zones would be limited to 5,000 square feet.

“When we start getting into distances from this institution or that type of institution, churches and schools, I would have to know what that does to the available spaces,” McNamara said. “How does that impact them? To blindly throw out numbers, I am absolutely opposed to that.”

McNamara said it would not make sense to ban recreational dispensaries because it wouldn’t prevent people from possessing marijuana or traveling to nearby cities to buy it, denying the city a revenue source.

“Right now, we are not using any revenue from cannabis sales as part of our budget formula that we have been working on,” McNamara said. “We are not even considering it as revenue for next year because we have no clue how much it will be.” 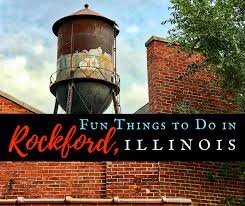