If enough people chant the mantra, the the SAFE act will go through congress at the end of the month. Maybe it will, maybe it won’t.  The rising hubub reminds CLR of that famous Woodstock scene where Barry Melton of Country  Joe and the Fish yells , “Hey! If you think really hard, maybe we can stop this rain!” and Chip Monck (yes that’s his name) stage announcer retorts, “Like Barry says, let’s think hard to get rid of it, please! “ If we remember rightly from the movie the chant made not one iota of difference and there was a lot of mud trudging and sludging from there on in. If that’s not a great analogy for what’s going to happen in the Senate we don’t know what is. 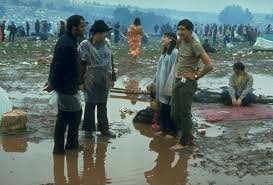