CONWAY, S.C. (WPDE) — South Carolina’s medical marijuana legalization bill is heading to likely defeat without getting a debate in the state Senate.

Despite the discussion being scheduled for Tuesday, opposition to the proposal among lawmakers is becoming increasingly clear, with Sen. Greg Hembree (R-Myrtle Beach) announcing he intends to block the debate from even starting.

Under Senate rules, one senator has the power to hold up discussions. It would require three-fifths of senators to vote to override the move. It’s unclear if enough senators support the divisive bill, but even its supporters contend that it isn’t likely.

Hembree said he was concerned that medical marijuana had not been approved by the FDA and thought this bill was a gateway effort to legalizing recreational marijuana. 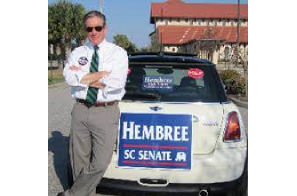