Sean Worsley, an Iraq War veteran and Purple Heart recipient who was facing a multi-year prison sentence for cannabis possession in Alabama, has been released on parole.

The Alabama Board of Pardons and Paroles on Wednesday released Sean Worsley, the disabled, Black, veteran who had been jailed for eight months for possessing legally-obtained medical cannabis, according to the Alabama Political Reporter.

Worsley served in the Iraq War and received a Purple Heart but was also diagnosed with post-traumatic stress disorder and declared 100 percent disabled by the Department of Veterans Affairs. He had received a medical cannabis recommendation for PTSD from his home state of Arizona.

In a statement, his wife Eboni said the couple is “grateful to be able to pick up the pieces and begin rebuilding” their lives. She expressed gratitude toward the Parole Board “for showing the public the heart of the warm welcoming spirit of the people” she’s met since moving to the state. 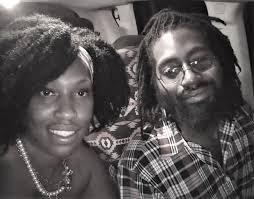