Authored By:  Seth A. Goldberg

Originally published The National Law Journal & permission for republishing given by Seth A. Goldberg

Cannabis is one of the fastest-growing industries in the United States. However, federally regulated banks are virtually nonexistent in the space. Consequently, cannabis is largely a cash business. “Workarounds” to the banking deficit undermine the objectives of money laundering laws, and those dealing with large amounts of cash risk their physical safety. Measures by the federal government making it easier for banks to service the industry could alleviate those public safety concerns.

When U.S. Attorney General Jeff Sessions, at the beginning of the year, rescinded policies (known as the “Cole Priorities”) implemented under President Obama to offer federal enforcement guidelines of marijuana-related activities in states with marijuana legislation, it exposed cannabis industry-operators to a greater potential for criminal, civil and safety liabilities. The Cole Priorities established clear boundaries for cannabis industry participants to operate without the risk of prosecution for violating federal laws pertaining to marijuana activities, such as the Controlled Substances Act, which criminalizes marijuana as a Schedule 1 drug. As a result, the Cole Priorities were a catalyst for the exponential growth of the cannabis industry that occurred after their issuance in August 2013.

Today, analysts following the U.S. cannabis market estimate that sales in 2017 totaled close to $9 billion, and will exceed $11 billion in 2018, $21 billion in 2021 and $75 billion in 2030. Job growth in the industry, which some analysts say now employs more than 200,000, outpaces virtually every other industry. In addition, billions of dollars have been spent by cannabis industry participants for non-cannabis services, such as property acquisition and leasing; construction of facilities, which often exceed 50,000 square feet; the hydration, electricity and security systems; and software and other technologies.

Notwithstanding the billions of state-legal cannabis dollars exchanging hands, the commercial banking industry, which is largely federally regulated, is virtually nonexistent in this space. According to the U.S. Department of the Treasury’s Financial Crimes Enforcement Network, as of March 2017, just approximately 375 commercial banks had reportedly provided banking services to a “marijuana-related business.”

The dearth of cannabis banking is primarily due to the Bank Secrecy Act of 1970 and related regulations, which seek to prevent money laundering and other financial crimes, and place onerous requirements on banks when a transaction is suspected to involve illegal activity. 12 C.F.R. Section 21.11. However, the result of the cannabis banking deficit is conduct that is apparently inimical to the protections and transparency these regulations attempt to establish.

Without the ability to accept credit card payments, most cannabis industry participants are forced to conduct their multimillion-dollar businesses in cash; thus creating a risk of physical harm resulting from storing and transporting large quantities of cash on a daily basis. Equally problematic are the “workarounds” to the banking problem cannabis industry participants are forced to employ, such as establishing accounts without disclosing the nature of their business, doing serial, small transactions so as to not trigger a bank’s reporting obligations, creating complex corporate structures or multiparty transactions to transfer their state-lawful cannabis proceeds.

In addition, a number of banks may knowingly accept cannabis clients, but turn a blind eye and not report their clients as required. What’s more, states that have enacted cannabis legislation have done so with the hopes of benefiting from the tax revenues, job creation and other stimulus flowing from the burgeoning industry that cannabis is. However, cannabis industry participants do not have access to the capital necessary to start and maintain businesses, or the daily banking services necessary for proper accounting payroll, and accounts payable and receivable.

FinCEN’s guidance, which is still in place today, is explicitly bound up in the Cole Priorities. It permits cannabis banking provided banks identify their cannabis clients and monitor their compliance with the Cole Priorities. However, a chilling of cannabis banking seems to have been an intended effect of the Sessions Memo, which reminded U.S. attorneys that violations of the CSA “may serve as the basis for the prosecution of other crimes, such as those prohibited by the money laundering statutes, the unlicensed money transmitter statute and the Bank Secrecy Act.”

Following the Sessions Memo, at a hearing before the House Ways and Means Committee in early February 2018, Treasury Secretary Steven Mnuchin acknowledged the public safety concerns that warrant solving the cannabis banking problem, stating, “We do want to find a solution to make sure that businesses that have large access to cash have a way to get them into depository institutions for it to be safe.” Mnuchin also stated that the Treasury was “actively looking at this.” To date, however, the only formal banking guidance on record is FinCEN’s from 2014.

The FinCEN guidance provided a roadmap for banking cannabis consistent with the public safety objectives of the BSA, leading to increased cannabis banking. The rescission of the Cole Priorities has stifled that progress. Consequently, the risks to public safety of a multibillion-dollar cash industry and opaque maneuvers to transfer cannabis are omnipresent in the cannabis industry.

As the industry continues to become integrated in our communities and our state and federal economies, the public safety concerns transcend the cannabis space. Accordingly, a federal resolution that makes banking cannabis easier is in the public interest.

Seth A.Goldberg serves as head of Duane Morris’ multidisciplinary cannabis practice. He counsels clients in business and litigation, with a particular emphasis in highly regulated industries, such as health care, pharmaceuticals and cannabis/hemp.

City of Denver Releases Proposed Legislation To Extend The Current Licensing Mortarium, Creation Of Social Equity Opportunities, And Development Of A Delivery Framework 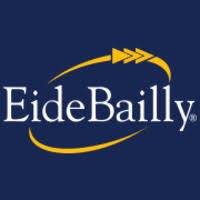