The City of Sonoma is moving closer to a comprehensive ordinance on cannabis cultivation, distribution and business in the city, following a lengthy public study process and several City Council meetings. The next three weeks things will move quickly, through a Planning Commission meeting on Sept. 13 and two City Council meetings, on Sept. 24 and Oct. 1, which could result in a new ordinance going on the books before the November election.

Like many cities in the state, Sonoma was forced to evaluate local policies on cannabis in the wake of 2016’s Proposition 64, which broadly legalized non-medical use (i.e. “recreational use”) cannabis consumption for people 21 and older; cultivation of up to six plants both indoors and outdoors per residence; and a state licensing process for cannabis businesses – cultivation, production, marketing, delivery and sale.

But Prop. 64 also gives jurisdictions – cities and counties – latitude to adopt “reasonable rules and regulations pertaining to such personal cultivation, indoor and outdoor.” So while cannabis consumption, cultivation and possession may be “legal,” it is not unregulated, and cities like Sonoma have been grappling with how to integrate an intoxicant long considered illegal into their legal framework.

Shortly after the 2016 passage of Prop. 64, the City of Sonoma imposed two moratoria on cultivation of non-medicinal cannabis, both indoor and outdoor, to allow time to evaluate how to managed the suddenly-not-so-evil weed. (Those moratoria, since renewed, expire on Nov. 5, 2018.)

The City Council held several special meetings to discuss a proposed ordinance, and in March and April of this year held two community workshops to gauge public interest and solicit ideas on the issues.

On May 30, the City Council gave city staff the outlines of its preferred ordinance: six plants per residence maximum (per state law, as specified in Prop. 64), of which three can be outdoors, and a continued ban on cannabis-related businesses inside city limits.

That ordinance has now been produced by city staff, and is available for review on the city’s website at sonomacity.org. The proposed ordinance has two main sections: to allow the cultivation of up to six plants at a residence, three of which can be outside – with extensive qualifications and conditions; and to prohibit all commercial cannabis activities (including dispensaries, retail, manufacturing and testing establishments), “with the exception of deliveries of medicinal cannabis to residents from licensed and permitted cannabis delivery businesses located outside the city.”

At its upcoming meeting, set for 6:30 p.m. on Thursday, Sept. 13, the Sonoma Planning Commission will evaluate the proposed ordinance. At that time, the commission will discuss the ordinance and recommend its passage or rejection, with special attention to whether or not it’s exempt from environmental review under California Environmental Quality Act, or CEQA, guidelines. 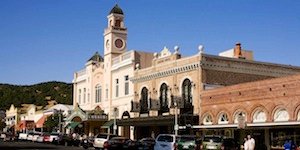