Customs police in the port of Ceuta had a surprise when they examined a cargo of industrial gas bottles earlier this week. The cylinders – purportedly empty – were loaded with packages of hashish, a common illegal cargo on routes from North Africa to Europe.

On Monday, inspectors with the Guardia Civil’s border service and Spanish customs examined a cargo of empty oxygen bottles awaiting shipment to the port of Algeciras, on the other side of the Strait of Gibraltar. (Ceuta is a Spanish exclave on the coast of Morocco, and it has regular cargo ferry services to the Spanish mainland.) They found “indications of possible manipulation” of the bottles, according to the local office of the Guardia Civil.

A canine unit helped to confirm the suspicion of a smuggled substance, and one of the bottles was destructively opened for examination. Inside, they found 27 kilos of hashish. The remainder of the cylinders were opened on Tuesday morning, revealing a total of 415 kilos in 15 bottles. 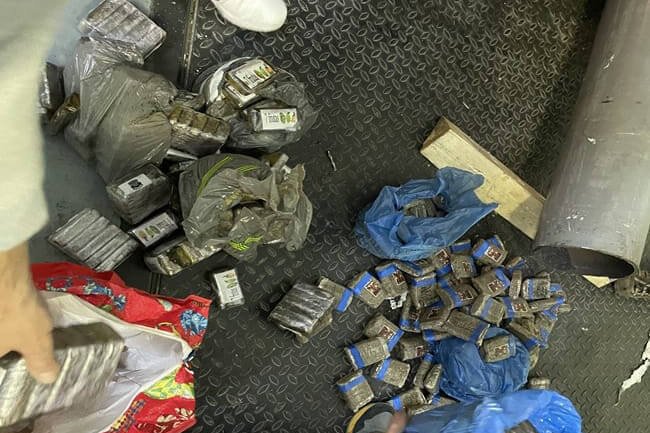 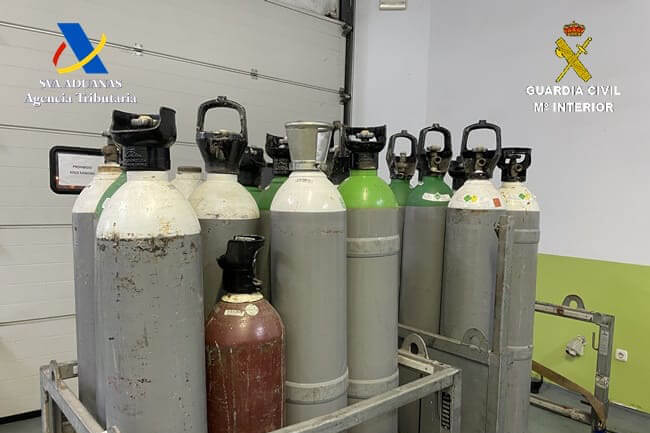 No arrests have yet been made, but authorities are working on “locating and arresting the alleged perpetrators of the act.”

Ceuta is located on a peninsula, and it has only one border crossing with Morocco. That crossing, at Tarajal, was closed for pandemic quarantine in March 2020. It reopened in May 2022, more than two years later. The resumption of cross-border trade has given smugglers in Morocco renewed access to Ceuta’s freight ferry services, which can be used to reach markets on the Spanish mainland. Tarajal has historically been a key crossing point for migrants and refugees hoping to reach Spain, but local officials report that this pressure has since moved to maritime routes, notably smuggler jet-ski runs from the other side of the Moroccan boundary line.