Mondelez Canada, maker of the popular Sour Patch gummies, has filed a trademark suit against the unknown makers of a cannabis-infused candy called Stoney Patch, accusing them of imitating the Sour Patch name to enhance demand for their product. 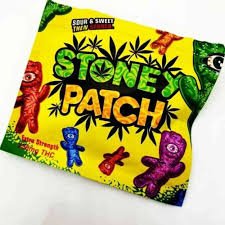