The U.S. Supreme Court on Tuesday declined to take up a pair of cases concerning workers’ compensation for medical marijuana.

This comes about a month after the Justice Department encouraged the high court to reject the cannabis cases, in part because it argued that broader marijuana policy choices were better left up to Congress or the executive branch.

The new decision—denying certiorari—means that fewer than four justices felt the legal challenges merited consideration by the high court. It doesn’t necessarily mean that a majority agrees with lower court rulings in the disputes, however.

These particular cases could have had wide-ranging implications related to federal supremacy. Two Minnesota residents raised their separate challenges seeking workers compensation for medical cannabis expenses after being hurt while working on the job.

In both instances, the state Supreme Court ruled that federal law prohibiting marijuana preempted state law, meaning the employers were not obligated to pay for the medicine. 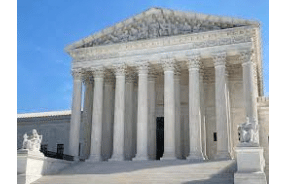