We’re only relating this hemp story because it allows us to use a retro pop-culture reference ! Ulysses upstate New York has a hemp history. Learn all about it

Our local media has been full of discussions recently about Cannabis sativa, commonly known as the marijuana plant. The current debate has centered on regulating the medical application of extracts from this plant or about making marijuana legally available for recreational purposes. Both of these uses involve extracting active chemical compounds from the plant and delivering them in different ways to the user’s body, but certain strains of this plant have been grown for centuries throughout the world under the name of “hemp.” The “hemp” strains were bred and grown to be straight, tall plants with internal, long, stem fibers that could be removed and turned into thread for weaving or twisted together to form a strong rope.

This rope, referred to as “cordage,” was produced in quantity in Colonial America for the British Navy and the domestic commercial sail boat fleet. Locally it would have found uses on farms and on the many boats that plied Cayuga Lake carrying agricultural products and raw materials through the lake, river, and canal systems to New York City and returning with manufactured products for Ulysses residents. The local historical records offer scant information about growing hemp in our part of the world in the 1800s.

There is a census of businesses in Trumansburg, published in the “Trumansburg Advertiser” edition of Sept. 30, 1835, that lists “1 Rope Work”.

The Village of Trumansburg insert in an 1853 wall Map of Tompkins County, part of which is enlarged and  shown here, labels a “rope walk” on the north side of Trumansburg Creek in the area of what is the NAPA parking lot today. This would have been a long, rectangular, probably roofed area or building, where threads or cords of hemp were twisted together into long lengths of “cordage”…a multi stepped and labor intensive rope making process too detailed to include in this article.

On a more general note, one can find in the memoirs of the Revolutionary War patriot and post-war land speculator Elkanah Watson this observation he made while on a boat trip westward in 1791 from Albany to Seneca and Cayuga Lakes: “This morning we wrote home (to Albany) by a boat coming from the west (on the Seneca River) loaded with hemp, raised at the south end of Cayuga Lake”.

The hemp plant’s virtues are extolled in the book, the “The Practical Farmer,” published in 1842: “Hemp exhausts the soil slowly, if at all. It prepares the ground well for small grain and grasses. It cleanses all weeds. Hemp has few or no diseases.”

There are two pages of detailed instructions for growing hemp plants and processing them to produce raw threads for market. In August, plants were pulled or cut to retain as long a stem as possible. When the stems were dry the leaves were knocked off and bundles of stems formed. The bundles were stood up outdoors in “A” shaped “shocks.”

In September the stems were “retted,” or rotted, in water to let them soften by bacterial action, or they were laid out on the ground to “dew-rot.” In any case, retting is described  as an unpleasantly smelly procedure!

The stems then needed to be “dressed.” First, the softened outer cover of the stems were crushed, or beaten, to loosen and remove it from the fibers underneath. Then the fibers were “scutched,” or drawn over the pointed ends of nails driven through a board so that the fibers would separate from each other into long strands. At this stage the hemp fiber could be marketed for further processing, eventually being turned into cloth or rope.

A more detailed and illustrated description of processing hemp plants for fiber and can be found in Susan Koziel’s online article, “The Early History of Hemp Processing.” Readers who can provide more historical information about growing hemp in Ulysses can contact the Ulysses Town Historian at (607) 387-4331 or historian@ulysses.ny.us. 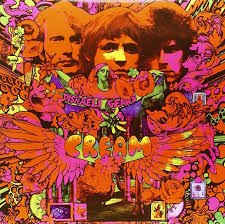