Here’s the introduction to her story

Cannabis Investor and mega Canadian millionaire Michael Serruya was hauled into the Ontario Securities Commission office last year after the Canadian regulator subpoenaed him for an on record interview and demand document production. The securities investigation centered on a Mississauga, Ontario-based coffee shop chain called Les cafés Second Cup. Michael and his brother Aaron Serruya are board members of the company which trades on the Toronto Stock Exchange under $SCU,TO and the OTC Markets. The subpoena demanded communications from Andy Defrancesco and his wife Catherine along with a broker Defrancesco worked with named Andrew Rudensky.

Serruya made news this year when he was tied to Defrancesco in self dealing cannabis farm acquisitions with Aphria ($APHA). 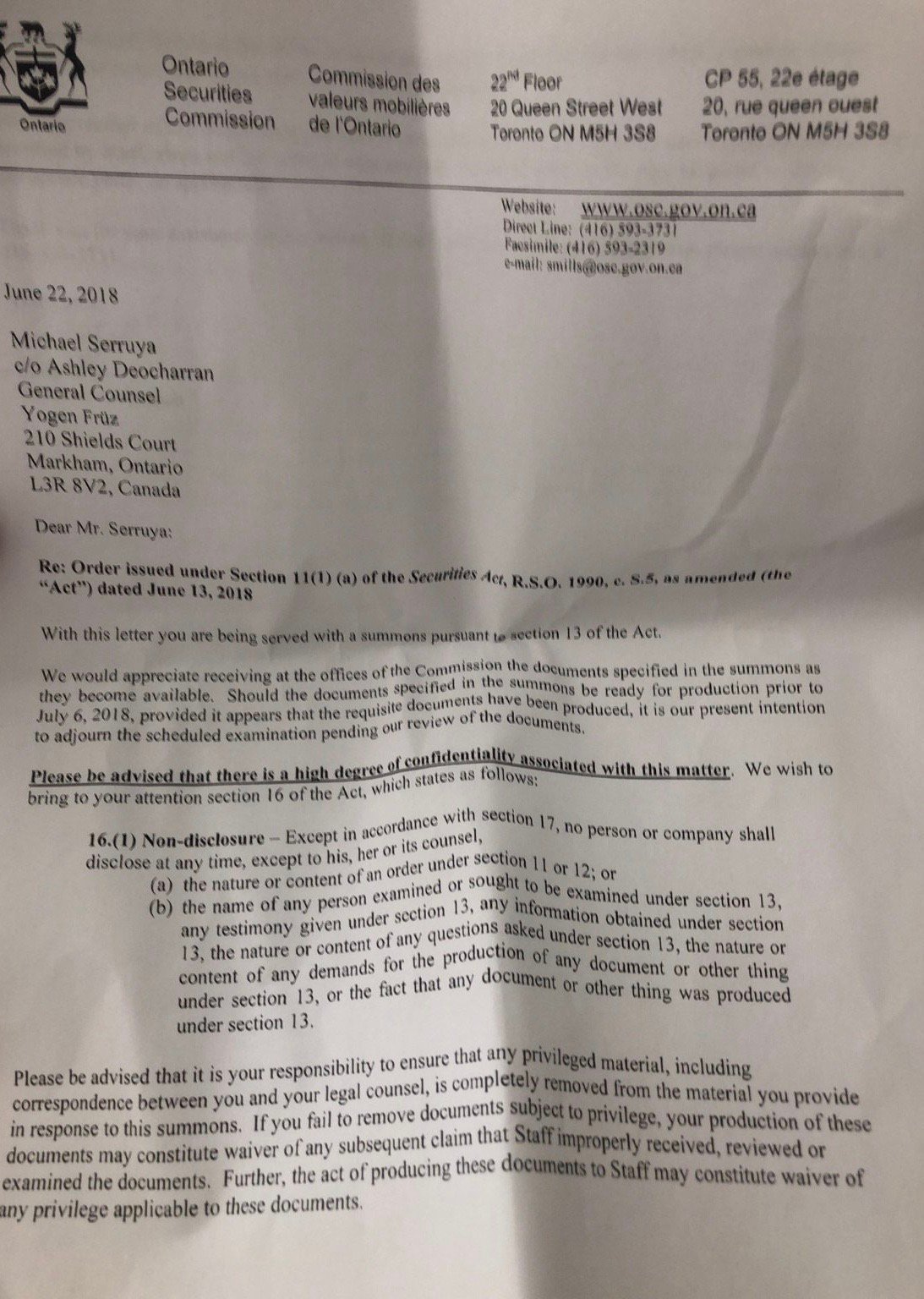 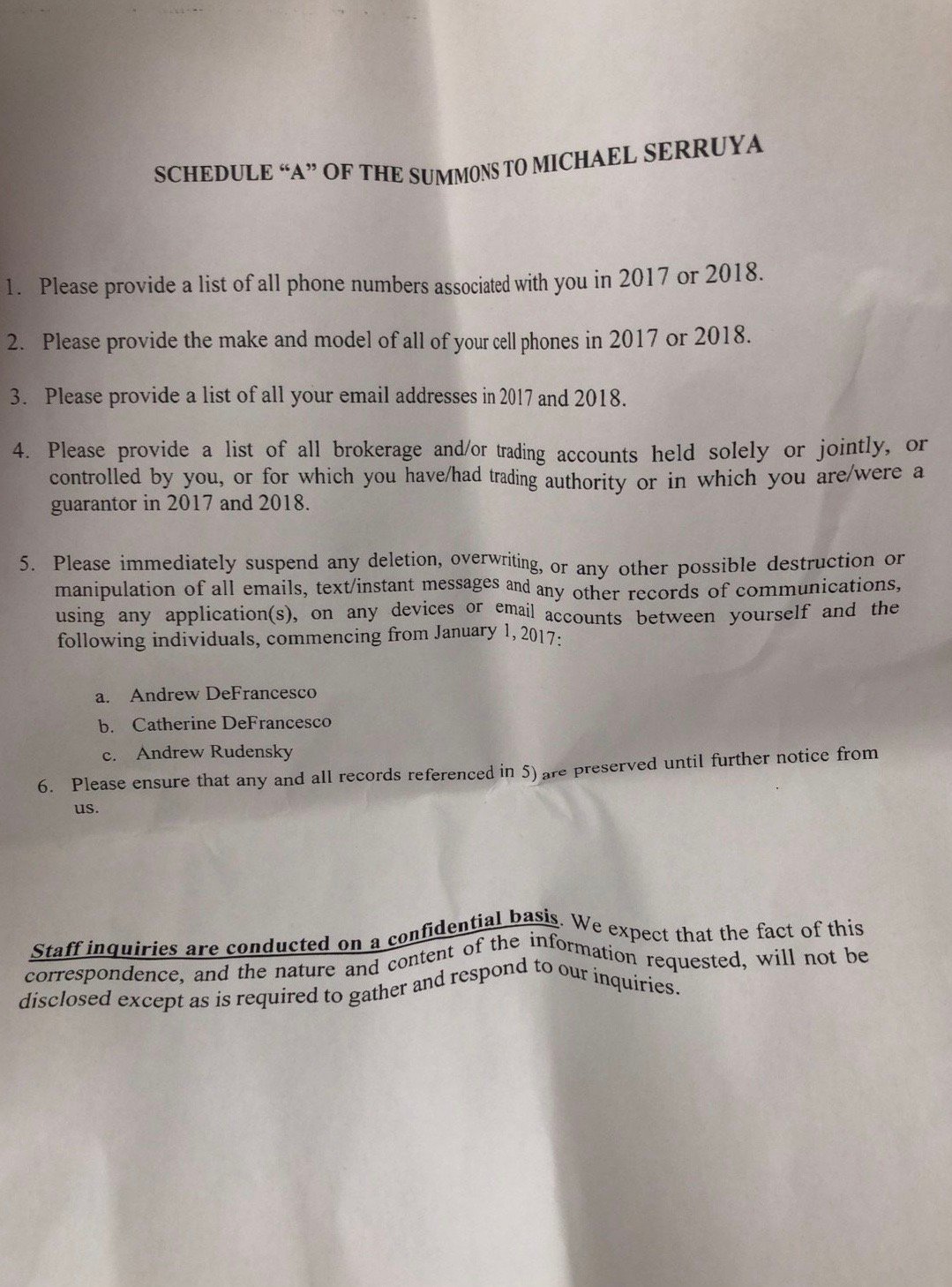 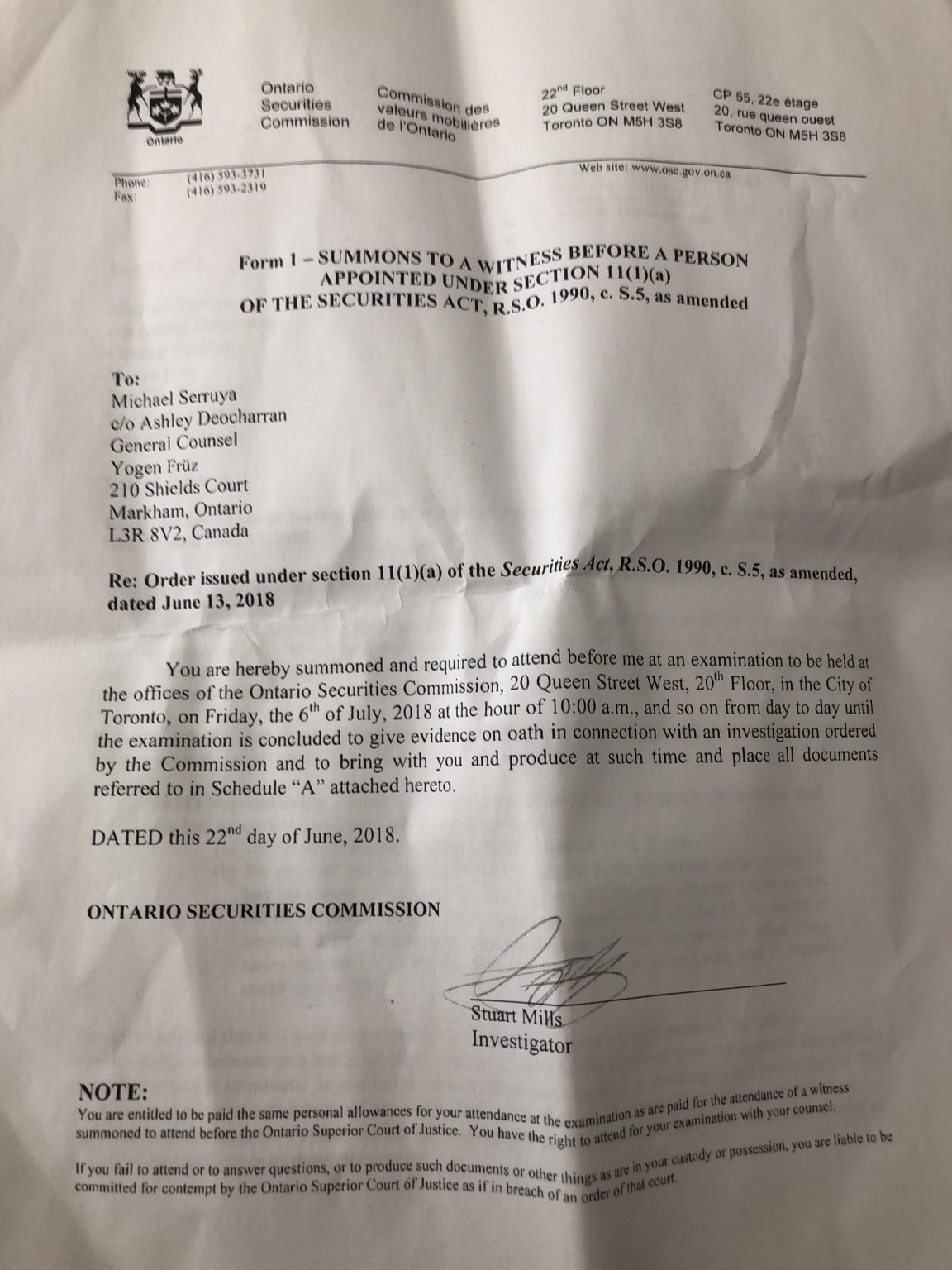