As reported via Colorado Politics

Congress has not given a Texas hemp producer the ability to sue the Denver Police Department for confiscating 32 of his plants at Denver International Airport earlier this year, a federal judge determined in dismissing the lawsuit.

Francisco Serna, a resident of Austin, said the seized plants cost him under $200, but would have been worth more as hemp products, such as food, clothing or oils. He vehemently disagreed with the dismissal order.

“I don’t consider it persuasive and that’s why I plan on appealing,” he said. “This is my chance, I feel, to go into the appellate courts and get a ruling that supports the rights of producers.”

Serna was traveling through DIA on March 16 with hemp plants that he produced pursuant to the 2018 Farm Bill. He reportedly had a certificate of compliance indicating that the plants contained a concentration of tetrahydrocannabinol less than 0.3%. THC is the psychoactive ingredient in marijuana, and the 0.3% threshold is the difference under the law between hemp and marijuana. The latter remains illegal at the federal level.

According to Serna, Officer Anselmo Jaramillo seized his plants in consultation with a police detective, saying there was a policy of confiscating substances with any amount of THC. Representing himself in court, Serna sued the police department and Jaramillo for prohibiting the interstate transportation of hemp. He alleged that such conduct ran counter to the language of the Farm Bill.

Denver countered that its policy was to not confiscate seeds or plants unless there was suspicion of marijuana trafficking. Officers who are unsure if a product is hemp or marijuana are instructed to seek guidance from detectives.

“Since the 2018 Farm Bill went into effect, many people have attempted to transport marijuana products under the guise of shipping legal industrial hemp,” the city wrote to the court. Lawyers added that Serna’s appeared to be the first case of a Denver officer responding to a hemp transport at DIA.

In June, U.S. Magistrate Judge Michael E. Hegarty recommended dismissing Serna’s claims. The Farm Bill, which set up a regulatory regime for hemp, did not create any right for hemp producers to sue government actors who prevent the transportation of hemp, he reasoned.

At the time of the recommendation, one other federal judge in the Northern District of Iowa also found that private citizens could not enforce the terms of the Farm Bill.

In response to Serna’s claims, Denver indicated that it would remind detectives about the hemp policy and had purchased a mobile THC testing unit to evaluate THC concentrations quickly. The Denver Police Department did not immediately confirm whether the city had acquired and used the mobile unit.

The Transportation Security Administration has alerted travelers that its officers do not search for marijuana or other illegal drugs, but will instead refer to law enforcement any discovery of narcotics during screenings.

Serna told Colorado Politics he believes Congress granted a specific right to licensed hemp producers to enforce the interstate commerce provision of the Farm Bill, but he also advocated for Congress or the U.S. Department of Agriculture to clarify the regulations further.

This docket was last retrieved on December 6, 2021. A more recent docket listing may be available from PACER. 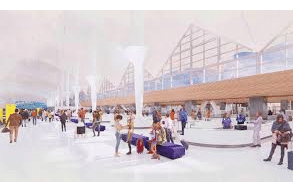