On Sunday night, border patrol police arrested a suspect believed to be a member of cannabis trading ring operating on the Thai-Lao border. The police confiscated 300kg of premium-grade cannabis, worth 6 million baht.

The suspect, a 43-year-old identified as Jarat Tonhom, was arrested in tambon Chong Meg in Sirinthorn district after picking up cannabis at a pier along the Mekong River in Nakhon Phanom province.

The suspect said he was hired by a Thai person who trades with a Lao cannabis gang. The suspect said he was not a member of the drug ring. He claimed hardship caused by Covid-19 forced him to try his hand at drug smuggling and added that he couldn’t identify the person because they only made contact via phone.

In the last two months, police have seized one tonne of cannabis in the border area of That Phanom district in Nakhon Phanom province.
Source:  https://www.bangkokpost.com/thailand/general/1954595/weed-smuggler-blames-covid-19
Share On Linkedin
Share Via Email 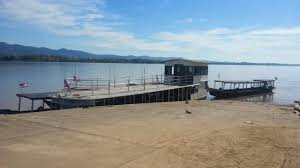