As you will have read in reports post new year  Thailand was worried by  patent requests by two foreign firms, British giant GW Pharmaceuticals and Japan’s Otsuka Pharmaceutical, filed before the change to the law.

Now the military government has  issued a special executive order on Monday enabling the Department of Intellectual Property to revoke all pending patents that involve cannabis, or remove marijuana from those patents, within 90 days.

“The pending patent requests are illegal,” Somchai Sawangkarn, a member of parliament responsible for amending the Narcotic Act told Reuters.

“This NCPO order is beneficial for Thai people across the country because it prevents a monopolistic contract,” he said referring to the junta by its official name, the National Council for Peace and Order. 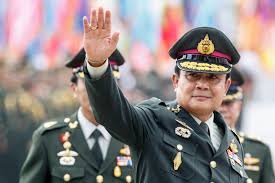