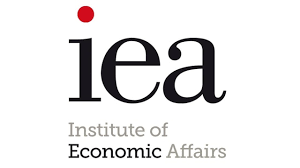 Margaret Thatcher’s favourite free-market think tank has called on the government to legalise cannabis, arguing that the move could save more than £1bn generated from extra taxes and other savings in public services.

Britain’s black market in cannabis is worth £2.6bn annually, with 255 tonnes sold to more than 3 million people last year, according to the Institute of Economic Affairs (IEA).

A report by the thinktank concludes that the criminalisation of cannabis in the UK has failed, saying the black market is awash with dangerous high-strength products.

Chris Snowdon, head of lifestyle economics at the IEA, said: “It’s high time for reform of cannabis policy in the UK. Canada and the USA are showing the way. Done properly, the legalisation of cannabis is a win-win-win: criminals lose a lucrative industry, consumers get a better, safer and cheaper product, and the burden on the general taxpayer is reduced.”

Public resources devoted to seizing cannabis, prosecutions and treating health problems caused by high-strength “skunk” place a significant burden on the justice and health systems, while teenagers find it easier to buy cannabis than alcohol.

The IEA report says: “The dominance of hazardous, high-strength ‘skunk’ cannabis in the black market should be a key reason for legalisation. Licensed sales would allow safer, regulated cannabis to displace the more dangerous strains and generate tax revenue that could be spent on mental health services.”

The home secretary, Sajid Javid, recently launched a review into medicinal uses of cannabis, following public pressure from the families of two children who have forms of intractable epilepsy that appear to be eased by the use of cannabis oil.

It estimates that there are just over 3 million cannabis users in the UK, consuming an average of 82.5g a year. The average cost of a gram of cannabis is currently £10, valuing the UK market at £2.55bn annually.

If cannabis were legalised, the IEA proposes that it should rank somewhere between alcohol and tobacco in terms of how strictly it is regulated. The thinktank suggests a regulatory regime in which sales are restricted to those over 18. Cannabis would be sold in specialist licensed premises and a licence would be required for growing and importing.

Assuming a pretax retail price of £4 per gram, legalisation could cause demand to rise from 255 tonnes to at least 321 tonnes a year. The IEA believes that would be acceptable because of the limit on THC.

A commercialised market capping THC levels at 15% would virtually eradicate the black market, according to the IEA. If licensed cannabis made up 95% of the market and it were taxed at 20% VAT plus a 30% excise tax, that would produce annual tax revenues of £690m.

Legalisation would also create new jobs and businesses, generating extra tax, while savings to the NHS and other public services would amount to at least £300m a year, the report says.

The IEA stresses that tax rates should not be set so high that an illicit trade remains viable. The US states of Colorado, Washington and California, which have legalised cannabis, have all seen black markets flourish because of high prices caused by excessive taxation.

A special discussion of drugs reform hosted by the IEA and Volteface, at the Royal Geographical Society in London.

This event is free, and will be followed by a drinks reception.

RSVP on our Eventbrite page.