Clauder was pulled over in Texas several years back, driving through the state on what he considered a mission of mercy. One thing led to another. Police found a supply of medical marijuana in his trunk and he was arrested. Clauder reached a plea bargain and was placed on probation. That should be the end of the story; but this is Texas we’re talking about.

Clauder was a familiar, if controversial, face at California cannabis hemp reform events, with his little comfort dachshund, Beanie, in tow. At one point a champion of industrial hemp, he subsequently shifted over to medical marijuana and ultimately backing Proposition 64, the ballot measure that legalized adult use of marijuana in the state. Along the way, he got involved in criminal justice reform, particularly targeting the “Three Strikes” penalty and exposing political corruption, so he made some powerful enemies as he went.

Back in California, Clauder was complying with his terms of probation in the state where he was being monitored and adult use is legal. He has serious health conditions and a medical marijuana approval from his doctor.  Clauder was advised by his probation officers that he could use marijuana under California laws and kept a recording of this conversation.

A unexpected turn of events

When Clauder returned to Texas and tested positive for marijuana, however, his probation was violated.  Judge Fudge refused to allow Sam to play his recording to establish good faith compliance. Sam filed an appeal. Shortly thereafter, a glitch with his Writ for Petitionary Review triggered an unexpected hearing that Clauder missed, causing a fugitive warrant to be issued. 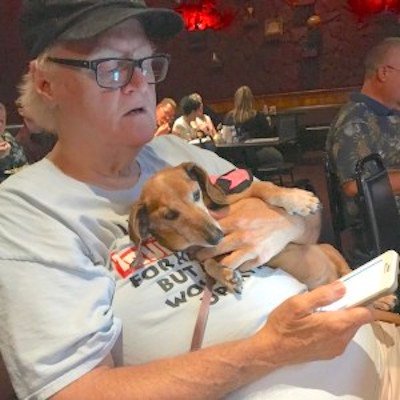