The University of Technology Sydney and ASX-listed medicinal marijuana company Bod Australia and are looking into the development of an anti-ageing cream that incorporates cannabidiol (CBD), a chemical compound in cannabis.

It comes after three years of research by the organisations, which found certain cell proteins that can act as a carrier for CBD into the body.

While the research is still in its early stages, Bod Australia believes the results could be used beyond consumer products and into the therapeutic industry.

Australian medicinal marijuana company Bod Australia has released findings of its research partnership with the University of Technology Sydney (UTS), which could see an anti-aging skin cream developed that incorporates cannabidiol (CBD), a non-psychoactive chemical compound within cannabis.

Under the research collaboration — which was been underway for the last three years — scientists discovered a family of proteins in human cells that act as anti-ageing agents. Now Bod and UTS are exploring the combination of those proteins with CBD in topical anti-ageing skin creams.

Adele Hosseini, chief scientific officer at Bod Australia, told Business Insider Australia that there are two different parts to the proteins — it can act as an antioxidant by itself and has the potential to carry drugs like CBD into the body.

At the same time, Hosseini said there is some research that shows that CBD by itself does have some antioxidant properties as well.

While she made clear the research is still in its early stages, and declined to reveal the commercial terms of the partnership with UTS, Hosseini said the outcome of the research could have broad applications.

“Skincare is quite popular [at] any age,” she said. “So we are not limiting ourselves to any particular age group.” 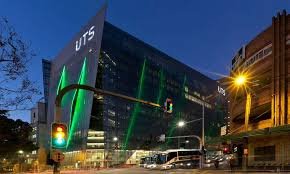