Tilray’s $22m investment into its European growing ‘campus’ is paying dividends with its first harvest – and first contract win.

The Canadian Licensed Producer announced it has completed its first harvest at its wholly-owned subsidiary Tilray Portugal Unipessoal (Tilray Portugal). Sascha Mielcarek, Managing Director, Tilray Europe, said the the first harvest is a ‘key milestone’ for the company as it ‘looks to supply the medical cannabis market in Europe’.

Tilray Portugal is based in the small town of Cantanhede, just over 130 miles north of Lisbon and totals nearly 250,000 square feet of indoor, outdoor and greenhouse cultivation. It also features research labs, processing, packaging and distribution for medical cannabis products.

Known as the Tilray EU Campus it currently employs over 100 people, with that number expected to double by the end of 2019, as more harvests are gathered and production ramped up. The company has also announced a deal to to export a wholesale shipment of $3.3 million worth of medical cannabis from Portugal to Cannamedical in Germany.

“We look forward to increasing access for patients in need across the country.”

The Portugal facility is a cornerstone international asset for Tilray, which, like many large North American cannabis companies, has global ambitions. It received a license to grow, import, and export bulk medical cannabis in Portugal in mid-2017 and believes that Germany’s legalization of medical marijuana will be replicated throughout the E.U.

Ontario-based Tilray has also announced it has expanded its Portuguese footprint – chosen because of its warm climate – with an agreement to add an additional 20 hectares of outdoor cultivation space in Alentejo. Tilray CEO Brendan Kennedy said its EU campus is an ‘important differentiator, which will enable it to reduce costs and improve margins while hedging against regulatory risk’.

However, the growth of Portugal’s medical cannabis industry has come under fire from the country’s traditional hemp growers who fear they are being forced out of business. 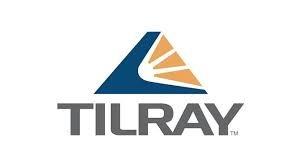