To Lobby or Not to Lobby, Part 1

Part 1: To Lobby or Not to Lobby: That is the Cannabis Question

Prescription Medicines Watch Out! Cannabis Is Here To Replace You — From Wake and Bake Daily comes an enlightening read for cannabis consumers and non-consumers alike; this article concerns the current U.S. trend and rise in marijuana re/descheduling, legalization, re/degulation, and taxation:

“Radius Global Market Research have released the results of their inaugural Cannabis and Hemp Trends Report. The study surveyed more than 2,000 adults 18+ nationwide and found that between 2018 and 2019 thus far, there has been a significant increase in cannabis and hemp product usage and interest in the United States predominantly to replace prescription medications.”

With this premise in mind: the growing preference and demand for natural ‘farmed not pharmed’ products, let’s discuss why and how this revelation equally matters to the — cannabis, healthcare, tax, banking, marketing, consumer goods and services, regulatory, hospitality and botanical industries. Contemplate this fact for a few moments before reading further.

My last few articles have tried to explain and clarify our complicated vertical integration problem here in Florida. On August 21, 2019, author Will Keaton succinctly and clearly presented the vertical integration facts and draws some practical parallels between the cannabis industry models and the models of other recognizable public companies, so let’s recap:

— What Is Vertical Integration?

Keep this definition in mind as you focus whether “to lobby or not to lobby, that is the cannabis question” at hand and these are confusing cannabis times.

— On August 30, 2019, German Lopez tackled — 9 questions about marijuana legalization you were too embarrassed to ask:

“Ten years ago, no state had legalized marijuana. Now, more than a quarter of the US population lives in a legal marijuana state.

Today, marijuana is legal for recreational purposes in 11 states and Washington, DC — including Illinois and Michigan, which legalized it in the past year. According to RAND drug policy expert Beau Kilmer, more than a quarter of the US population now lives in a state that allows marijuana for nonmedical purposes.

More is very likely coming: State legislatures, particularly across the Northeast, are openly discussing legalization, and several other states, such as Florida and Arizona, might expand by ballot initiative.

The majority of Democratic presidential candidates have gotten behind legalization. And surveys have consistently found that most Americans support legalizing cannabis.

At the same time, even some advocates of legalization worry about how legalization is playing out in the states — with concerns that a ‘Big Marijuana’ industry may be able to market pot irresponsibly, as tobacco, alcohol, and opioid companies have. And while marijuana is nowhere as risky as these other legal drugs, it still poses risks — notably, the possibility of addiction.

Still, the momentum appears to be on marijuana legalization’s side, with states from New York to Florida to Arizona considered potential candidates for legalization in the next few years.

Particularly as politicians and activists grow more critical of mass incarceration and the war on drugs, the legalization of a drug not many see as very harmful, if harmful at all, is widely perceived as an easy — and popular — place to start reforming criminal justice and drug policies.”

NORML Tallahassee advocates for the legalization of marijuana, safe and affordable access for responsible adults. They partnered with Sensible Florida to create a petition to regulate marijuana like alcohol.

They met with the Florida Office of Economic and Demographic Research for a public workshop at the Capital to discuss the possible economic impacts.

— But why the sudden growth spurt in cannabis lobbying, both pro/for or anti/against legalization and rescheduling? For starters, Former House Speaker Boehner gets behind marijuana lobbying group, as announced on February 8, 2019:

“Former U.S. House Speaker John Boehner announced a new, industry-funded group to lobby for marijuana reform in banking, taxes and research, a move that will put a political heavyweight behind the MJ industry’s efforts to overhaul federal cannabis policy.

The National Cannabis Roundtable will consist of members representing all aspects of the industry, including growers, processors, retailers, investors and entrepreneurs, Boehner told reporters.

The lobbying group will represent cannabis businesses in 23 states and the District of Columbia, Axios and The (Cincinnati) Enquirer reported. Boehner has been outspoken about how the federal government shouldn’t interfere with state-legal businesses.”

The roundtable comes at a time when several different groups are going hard at federal reform:

— Alex Gangitano’s August 11, 2019 piece on how the network of cannabis “coalitions” fighting an unwinnable battle is vast and quite elusive: while lobbyists race to cash in on cannabis boom, who actually emerges as the victor in this national movement?

In the meantime, “Lobbying firms are taking advantage of the cannabis boom as a number of bills on the industry move through Congress and state legislatures. As businesses look for help dealing with new legislative and regulatory challenges, K Street is rushing to capitalize, highlighted this week by the highest-grossing firm, Brownstein Hyatt Farber Schreck, launching a new ‘Cannabis and Industrial Hemp Industry Group.'”

But let’s examine both sides of this complex issue in this 2-part article.

— Why lobby for cannabis?

“Dan Henry, Dama’s CEO and co-founder, wrote in an email that the company believes it’s important to meet directly with lawmakers and regulators. Marijuana industry organizations, ‘do a great job lobbying for the overall cannabis marketplace, but the financial services ecosystem is very complex and has an entirely different set of rules and regulators.’

Curaleaf and Surterra didn’t respond to multiple queries about their federal lobbying efforts, and according to data published on OpenSecrets.org, both businesses are focusing on the:

RAISE Family Caregivers Act, which was enacted in early 2018, calls for the federal government to develop a national caregivers strategy.

Filings show that Curaleaf and Surterra have met with staff or lawmakers from the U.S. Senate and House of Representatives. Curaleaf has had two meetings with staff from the Executive Office of the President. Surterra has had meetings with the Justice and Treasury departments, Office of Management and Budget as well as the National Economic Council, which advises President Trump on economic policy.

Alcohol giant Constellation Brands, which owns a 35% stake in Canadian cannabis company Canopy Growth, spent $300,000 on lobbying this year, part of which has been on marijuana reform, according to the data.

The Cannabis Trade Federation beefed up its lobbying staff in part to advocate for the STATES Act, but filings show that lobbyists have discussed a broad array of marijuana reform bills with lawmakers and the Justice Department, effectively building bridges with federal lawmakers.

Saphira Galoob, executive director of the National Cannabis Roundtable and CEO of The Liaison Group advocacy firm, is a longtime lobbyist who believes relationships are critical to getting things done on Capitol Hill.

Also critical, she said, is ‘how well the industry works together in ensuring that we’re all rowing in the same direction.’

The National Cannabis Roundtable was formed earlier this year, focusing on the SAFE Banking Act through meetings with lawmakers and Treasury Department staff, saying ‘banking is key for the (marijuana industry) constituency,’ Galoob explained.”

— In addition, according to Paul Demko back on April 23, 2019, Beer and cigarette makers join the pot lobbying parade:

“Pot may be illegal at the federal level but corporate giants and K Street are preparing for the push to legalize.

Altria, the tobacco giant better known for Marlboros, recently took a $1.8 billion stake in the cannabis company Cronos Group. Constellation Brands, which makes Corona beer, has spent money on cannabis lobbying after making a major investment in Canopy Growth, a Canadian marijuana company. On K Street, powerhouse firms have taken on marijuana clients; the arrival of corporate giants and K Street firms represents a tipping point for the mainstreaming of marijuana legalization in Washington, even while marijuana remains illegal at the federal level.

And while there’s a long way to go before Congress goes the way of 30-plus states and legalizes medical or recreational sales, it’s clear that special interests think there’s money to be made trying to change federal drug policies.

There are already signs of progress — one bill loosening banking rules has already advanced out of a House committee — and the action is expected to heat up with Democrats in control of the House and Democratic presidential candidates backing marijuana legalization.

Cannabis companies spent $2.7 million on lobbying last year — a sixfold increase over just two years ago, according to the Center for Responsive Politics — and advocates believe the latest efforts could be enough to cement the burgeoning industry’s legal status, more than six years after Colorado and Washington launched the modern legalization movement by approving ballot initiatives authorizing recreational use.”

— The medical marijuana market demographic within each legal state grows exponentially every week.

This growth is exemplified in the Florida OMMU Friday Weekly Update. As of September 6, 2019, Florida has over 261,000 patients, and over 357,000 registrants with the Office of Medical Marijuana Use.

In addition, providing a cohesive federal legal and tax framework for the businesses and professionals servicing these qualified Florida medical marijuana patients and for the state-at-large could make cannabis regulation a viable, beneficial outcome for all parties involved — similar to the forward momentum of public-use cannabis regulation witnessed in Mexico in recent weeks.

— A September 16, 2019 article by Adam Jones stated: “The US, Canadian, and Mexican economies are more closely intertwined than other countries. According to the U.S. Chamber of Commerce, about 14 million US jobs relate to trade with Mexico and Canada. Therefore, these countries might take cues on regulating an industry from each other.

Cannabis regulation is a good example. After Canada legalized marijuana for recreational use in October 2018, legalizing marijuana in Mexico and the US gained momentum.

While several US states legalized recreational cannabis, Mexico wants to move in that direction as well. A bill to regulate cannabis was introduced in the Senate on September 3, 2019. Senator Julio Salazar, the bill’s sponsor, hinted at taking cues from Canada and the US on regulating cannabis. As a result, there will be a discussion on the bill this week.”

__Why exactly does Mexico need to regulate marijuana and how does it relate directly to the U.S. cannabis landscape, you ask?

“Mexico has a history of drug-related crimes. Regulating marijuana could reduce drug crimes in the country. For example, keeping ‘profits out of the pockets of criminals’ was one of the goals for legalizing and regulating recreational cannabis in Canada. The country legalized cannabis to introduce a legal marketplace for companies. As a result, the companies would have access to capital markets to build the industry. The companies would also conduct research and develop advanced marijuana-infused products.

Federal marijuana legalization in the US might be even more distant. Even individual states face setbacks regarding cannabis regulations. However, President Trump might legalize cannabis. With the 2020 election around the corner, we’ll have to see how he approaches the issue. The Trump administration might ban vaping, which could be one of the biggest markets for marijuana companies.”

“Marijuana would not only be legalized under a plan proposed on Thursday by Democratic presidential candidate Beto O’Rourke, but cannabis tax revenue would be used to directly repay formerly incarcerated people through a new ‘Drug War Justice Grant’ program.

Unlike other contenders who have come around to supporting marijuana legalization in just the past couple of years, the former Texas congressman has long called for ending prohibition—and his new plan in many respects goes further than those rolled out by other campaigns.”

To Lobby or Not to Lobby, continued in Part 2 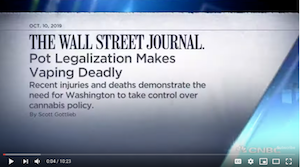 CNBC Video: Why Scott Gottlieb is calling on the federal government to regulate marijuana 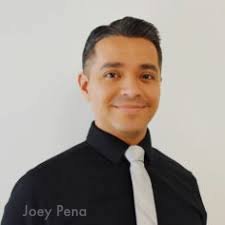 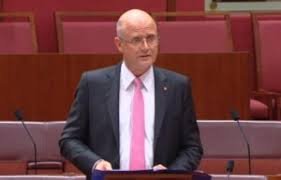 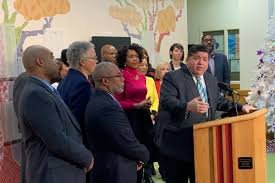