The case at issue deals with Robert Kenney, a former employee at Helix TCS, a company that provides security and other services to marijuana companies in Colorado. In 2017, Kenney sued Helix in U.S. District Court for refusing to pay him overtime when he was regularly worked more than 40 hours a week as a security guard for Helix’s marijuana industry clients, an alleged violation of the U.S. Fair Labor Standards Act.

Helix’s attorneys moved to dismiss the case on the grounds that a federal court had no jurisdiction to hear the case “because Colorado’s recreational marijuana industry is in violation of the Controlled Substances Act,” per case documents. The district court rejected that motion but a panel of judges for the U.S. Court of Appeals for the Tenth Circuit was tapped to review that denial.

On Friday, that panel upheld the lower court’s ruling.

“The district court correctly reasoned and case law has repeatedly confirmed that employers are not excused from complying with federal laws just because their business practices are federally prohibited,” Senior Judge Stephanie Seymour wrote.

Seymour went on to reason that denying employees in the marijuana industry federal labor protections would give their employers an unfair advantage and encourage other employers to engage in illegal activity to get around regulations.

While she can’t speak for third-party companies like Helix, Kelly said, “Typically what we see is businesses are exceeding federal requirements.”

The suit will now head back to the district court. Rex Burch, one of the attorneys representing Robert Kenney in the case, said he’s heard from people in the marijuana industry that the court rulings add legitimacy to what they do. 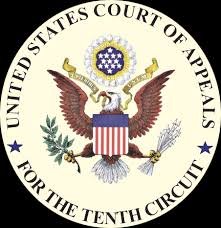