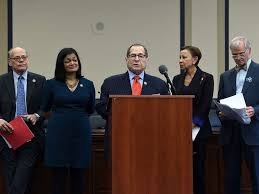 To paraphrase the great Billy Idol, “MORE MORE MORE”. Here’s a slew of reports on what happened yesterday. Is it as momentous as all are reporting? The proof will be in the pudding. It will be another 7 rounds of talkfest and votes before we get to the house floor. But let us be, at least enthused ,by the fact a cannabis discussion has voted in the affirmative in DC. That’s a story in itself, and especially in this time of daily political soap operas and dramas that the US capital has conditioned itself to.

Here are the reports 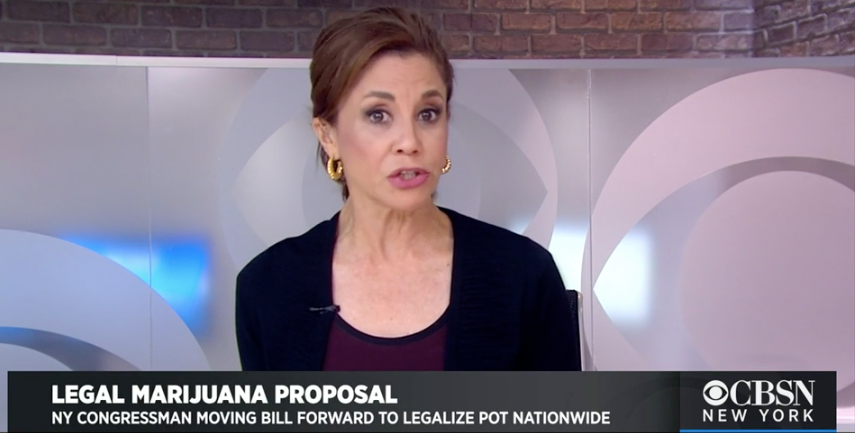 If you are reading one report, we say stick with MM

For the first time in history, a congressional committee has approved a bill to end federal marijuana prohibition.

The House Judiciary Committee passed the Marijuana Opportunity, Reinvestment and Expungement (MORE) Act in a 24-10 vote on Wednesday, setting the stage for a full floor vote.

The vote saw two Republicans—Reps. Matt Gaetz (R-FL) and Tom McClintock (R-CA)—join their Democratic colleagues in support of the bill.

Debate on the bill generally followed two tracks. Republican lawmakers argued that the bill was being rushed and that it should be subject to additional hearings, while Democratic members responded that there’s been enough debate on the issue and that there’s no time for delay in beginning to reverse decades of harms of prohibition enforcement.

On the other hand, some GOP members who recognized that the status quo is untenable pushed for legislative action on a separate piece of bipartisan cannabis legislation—the Strengthening the Tenth Amendment Through Entrusting States (STATES) Act—which does not contain social equity elements or formally remove marijuana from the Controlled Substances Act and would simply leave cannabis policy up to the states, arguing that a scaled-down approach would fare better in the Senate.

“We may need something a little less than MORE,” Gaetz said.

If adopted into law, the social justice-focused Marijuana Opportunity Reinvestment and Expungement (MORE) Act of 2019 could open up huge business opportunities for legal marijuana nationwide, similar to the federal legalization of hemp.

But the measure isn’t likely to make it to the full House for consideration until 2020, at the earliest.

The MORE Act (H.R.3884) would, among other purposes, remove cannabis from the federal drug schedules of the Controlled Substances Act, provide for expungement of federal cannabis convictions, and establish a 5% excise tax on cannabis to fund various grant programs. In addition to ensuring cannabis consumers and businesses are treated fairly under the law, it would bolster state and industry efforts to promote diversity within the cannabis business community, while helping communities and individuals adversely impacted by the war on drugs.
During debate on amendments, ranking member Rep. Doug Collins (R-GA) spoke passionately in support of allowing states to determine their own cannabis policies, and there appeared to be a consensus among both parties that the conflict between state and federal cannabis laws is untenable and needs to be resolved. While the Georgia Republican did not vote in favor of the primarily Democratic-backed MORE Act, he urged members of the committee to work in a bipartisan manner to push legislation through this Congress. CTF’s federal lobbying team plans to capitalize on this momentum, and we will be working with our Republican and Democratic allies to advance bipartisan solutions.
Collins noted his home state does not have a thriving cannabis industry yet, and he referenced his recent trip to Colorado as a significant factor in his evolution on cannabis policy. CTF served as a key resource for the congressman during his visit, coordinating meetings with leaders of CTF member businesses and tours of their facilities. If you are not a CTF member and want to help us continue this type of work — and participate in these types of activities in the future — I encourage you to join CTF today. If you are already a member, please forward this email to any cannabis industry professionals you know who are not.
CANNABIS BUSINESS TIMES

“This is a truly historic moment in our nation’s political history,” said NORML Executive Director Erik Altieri in a public statement. “For the first time, a Congressional committee has approved far-reaching legislation to not just put an end to federal marijuana prohibition, but to address the countless harms our prohibitionist policies have wrought, notable on communities of color and other marginalized groups. Opposition to our failed war on marijuana has reached a boiling point with over two-thirds of all Americans, including majorities of all political persuasions, now supporting legalization. Congress should respect the will of the people and promptly approve the MORE Act and close this dark chapter of failed public policy.”

The MORE Act, introduced in July by House Judiciary Chairman Rep. Jerry Nadler (D-NY), would decriminalize cannabis federally by removing it from the Controlled Substances Act.

The legislation requires federal courts to expunge prior cannabis-related convictions, and would impose a minor excise tax on the legal cannabis industry to fund the expungement of these records, as well as the following three grant programs, as outlined in the bill:

In a vote of 24-10, the House Judiciary Committee approved a bill that would effectively end marijuana prohibition on Wednesday. The Marijuana Opportunity Reinvestment and Expungement (MORE) Act of 2019, or H.R. 3884, was introduced by House Judiciary Committee Chairman Jerrold Nadler (D-NY) and currently has 55 cosponsors. Learn more in this update from NCIA’s Media Relations Director, Morgan Fox.

oday, you were a part of making history. The House Judiciary Committee just approved the MORE Act on a bipartisan vote of 24-10, legislation that tens-of-thousands advocated for by sending messages, making phone calls, and meeting with lawmakers in DC and district offices.

This marks the first time that a congressional committee has ever passed a bill to remove marijuana from the Controlled Substances Act.

Now, we still have much to do. Here’s what’s next:

Make sure you go on record and contact your member of the House in support of this historic legislation.

Many naysayers will tell us it is impossible, but that doesn’t mean we give up the fight because our power has been forged over decades.

When NORML was founded in 1970, only 12% of the public supported legalization. Now, we have a public mandate with majorities of Republicans, Democrats, and independent voters all supporting the outright legalization of marijuana.

When we raise our voices as one, there is nothing we cannot achieve.

Please consider making a contribution to fund our continuing work to reform our nation’s marijuana laws.

Then, take a moment to celebrate this win.

We’ll be back hard at work to advance this further tomorrow.

Thanks for all you do,
NORML

MORE Act clears Judiciary Committee, but will need to get through seven more groups before hitting House floor

The Marijuana Opportunity Reinvestment and Expungement (MORE) Act passed out of committee by a vote of 24 to 10. Two Republican representatives, Matt Gaetz of Florida and Tom McClintock of California, joined the 22 democrats who voted for the bill.

New York Democrat and House Judiciary Committee Chairman Jerry Nadler introduced the MORE Act, which would decriminalize marijuana at the federal level by removing it from Schedule I of the Controlled Substances Act. It also includes a focus on restorative justice, giving states incentives to expunge the criminal records of people with low-level marijuana offenses and instating a five percent tax on cannabis products that would go towards programs benefiting communities hit hardest by the War on Drugs.

“These steps are long overdue,” Nadler said in a statement. “For far too long, we have treated marijuana as a criminal justice problem instead of a matter of personal choice and public health.  Whatever one’s views on the use of marijuana for recreational or medicinal purposes, arresting, prosecuting, and incarcerating users at the federal level is unwise and unjust.”

For all of you  who have made it this far … now you can relax and watch ! 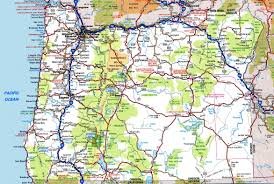 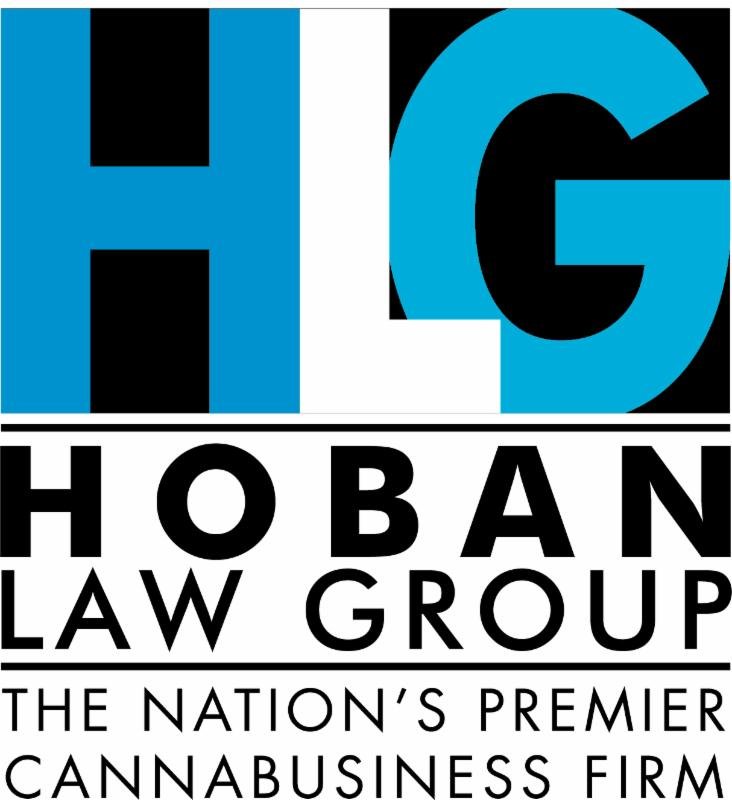