Medical cannabis group Northern Leaf said it has successfully closed a pre-IPO funding round, which at £14mln was significantly oversubscribed.

The fundraise allows the company to begin a ‘grow programme’ at its facilities on the island of Jersey.

Chief executive and Master Grower, Campbell Dunlop, said: “We have spent the last two years investing in our facilities, growing hemp, liaising with regulators and customers to pull together our strategy to be a European leading cannabis company in cultivation, extraction and production for medical markets.

“We are now fully funded to start the next phase of our growth and we will start planting in the coming months.”

Northern Leaf had initially set out to raise £5mln. Dunlop said the excess demand for the pre-IPO round (which was structured as a convertible loan note issue) had provided additional financial heft to accelerate investment into higher-yielding extraction equipment.

It will also help start the ball rolling on phase-two of the business’ growth plan – to build the UK’s first vertically integrated cannabis business.

Northern Leaf holds a licence granted by the Jersey Government under the authority of the UK Home Office, that allows it to grow and sell medical cannabis.

It currently operates from a 75,000 square-foot facility on Jersey where the favourable climate and sunshine hours contribute to its comparatively lower cultivation cost.

Under phase one of the programme, management expects to harvest a “normalised production capacity” of 6,500kg of THC flower per year.

It also has an additional 196,000 square-feet of capacity at the site that will be brought under cultivation during phase-two.

The UK market for medical cannabis is in the formative stages of development but is expected to grow quickly if Germany and Australia’s experiences provide a reliable yardstick.

Currently, the issue is one of supply, or lack of it domestically after the law changed in 2018 to allow the prescription of cannabis-based medicines.

Northern Leaf secured a government licence authorised by the Home Office last December and was the first company to do so since 1998.

This, it believes, gives it a potential first-mover advantage to supply high-quality medical-grade cannabis into Britain and other underserved markets.

Israel, for example, is a leader in cannabis research, but lacks local supply, so imports around 10 tonnes a year from international suppliers.

Germany, the largest European market for medical cannabis, is in a similar position.

Katie Shelton-Innes, Northern Leaf’s director of corporate affairs, said: “This funding round has shown how much interest and excitement there is in investing in the European cannabis market.”

UK shareholder participation is now an option after the Financial Conduct Authority guidance last September allowed the listing of cannabis companies here in the UK.

“We have appointed advisers and are actively pulling together an experienced board and senior management team to complement and strengthen our existing team. I look forward to updating the markets in due course,” she added. 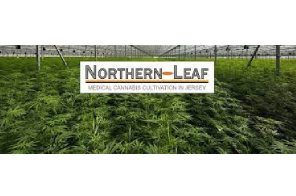