Greencare Capital, an Aquis-listed investment vehicle focused on businesses in CBD, wellness and hemp, has announced its plans to move out of the cannabis sector entirely and change its name.

In an RNS to investors published yesterday (December 8), Greencare said that its board of directors had concluded that ‘it is in the best interests of all shareholders for the company to withdraw from the medicinal cannabis, CBD and related wellness markets’.

Should shareholders vote to approve its new strategy in a General Meeting on December 28, 2022, Greencare would change its name to MaxRS Ventures and begin targeting ‘distressed or out-of-favour assets’ in the life sciences, crypto, retail and environmental technology sectors.

According to Greencare, its exit from the cannabis space is largely down to the current state of CBD regulation and the slow progress of the novel foods legislation across the UK and Europe.

During its annual report for the year ended October 2021, Greencare’s directors warned that novel foods regulation would ‘likely cause short to medium term turbulence in the market’, and that legislation was still to be agreed in Europe, meaning investments in the space have ‘proved difficult’.

“During the period since this statement, the cannabis and related business sectors have generally continued to perform poorly and the sectors have not generated the quality or underlying value of investment opportunities originally envisaged by the company at the time of flotation in December 2019.”

Greencare has made relatively few investments during its tenure in the cannabis industry, with a portfolio consisting only of Clear CBD and Voyager Life, which it invested £100k into last year. 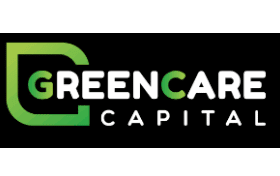