A Harley Street doctor working at a private practice specialising in cannabis based treatments has defended his conduct, after being accused of putting ‘children at risk of harm’ by prescribing CBD to epilepsy patients as young as 17 months, reports The Times.

Dr Nathan Hasson, 61, a pediatric rheumatologist at the Medical Cannabis Clinic in Harley Street, is suspected of acting beyond his field of proficiency by administering cannabis based treatments to young children without holding the required qualifications, and without consulting with colleagues who do have the necessary expertises. Dr Hasson has willingly offered not to prescribe any more cannabis based medicines to patients for the next 18 months while the GMC carries out its investigation.

In papers seen by The Times, it was revealed that a formal complaint was lodged against Dr Hasson by the British Paediatric Neurology Association due to their concerns that he prescribed a cannabis based medicine, specifically one that contains the psychoactive cannabinoid THC, to children with epilepsy without consulting neurologists already caring for those patients. The complaint highlighted a 17 month-old patient with a rare neurological disorder called Landau-Kleffner syndrome, where it was questioned if cannabis based medicine was appropriately and necessarily prescribed.

Professor Finbar O’Callaghan, president of the British Paediatric Neurology Association said, “Dr Hasson was potentially putting children at risk of harm with the way he practises outside his area of expertise and without consultation with the specialist doctors looking after these complex children.”

Dr Hasson said in a statement, “I had already stopped seeing new patients due to an overwhelming caseload before the matter was brought by the GMC. I am fully trained and legally allowed to prescribe cannabis products for children, as agreed by the Nice guidance on this. This was not questioned by the tribunal.” 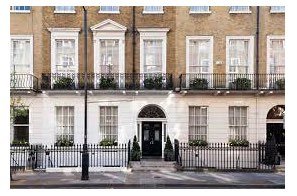