Doctors in the House of Commons are to lead a campaign to change the law banning the medicinal use of cannabis, as a new all-party parliamentary group (APPG) forms to campaign for the issue.

On Thursday morning he was inviting colleagues to join an APPG on medicinal cannabis. He is to co-chair the group with Mike Penning, a former Tory justice minister who estimated they have the support of around 80 politicians.

“What these cases help to do bring into focus some of the absurdities about the law at the moment,” Poulter said. He said there is a general consensus among MPs that the ban on cannabis-derived drugs should be lifted, but the support of so many doctors in the Commons would give the campaign extra weight.

He and colleagues will look “in a rigorous scientific way” at evidence from countries that allow medicinal cannabis use, then make recommendations to the government on how the law could be changed.

Details of the plan were revealed on Tuesday by Crispin Blunt, the Conservative co-chair of the all party parliamentary group on drug policy reform, at a medical cannabis investors conference. 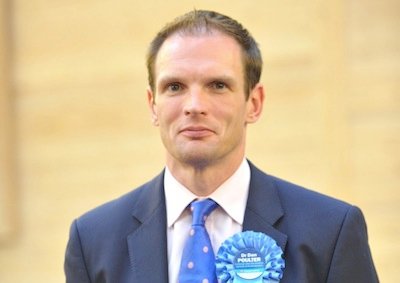