We understand all the reasons for caution but more caution than buying a gun!

To get an AR-15, gun store owner Moto Adika told CBS News correspondent Adriana Diaz: “If you are a law-abiding citizen, then we can sell you that gun. The whole process can take no more than 15 minutes.”

For a lot of gun purchases in Florida, it’s an over-the-counter process with few barriers, which contrasts sharply with some other basics, which are increasingly regulated.

Medical marijuana is available for purchase in Florida, however, it is illegal under federal law. Licensed dispensaries are only allowed to sell medical marijuana to qualified customers.

To obtain a medical marijuana card, one must first seek treatment from a physician who will later enter client information into the Medical Marijuana Use Registry.

A patient would then need to apply for a Compassionate Use Registry Identification Card. Once approved, the patient would be able to contact a licensed medical marijuana center to fill their order. Then, and only then, can you hope to get your hands on some marijuana. When Florida did its annual tally of deaths caused by drugs in 2016, zero deaths were attributed to marijuana. 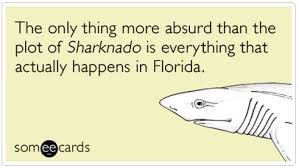