KANSAS CITY, Mo. – Five Missouri residents and two Colorado residents have pleaded guilty to their roles in a conspiracy to distribute more than $1.7 million of marijuana that was mailed from Colorado to Missouri.

In separate but related cases, Eva N. Johnston, 44, Brian E. McIntyre, 25, and Brian C. Miller, 29, all of Kansas City, Missouri, have pleaded guilty to their roles in the marijuana-trafficking conspiracy.

Tanner McNeil and Parker shipped the marijuana to co-conspirators in Missouri for further distribution. The marijuana was shipped in sealed packages inside plastic protein containers, and each shipment usually contained between four to six pounds. A total of 121 packages (484 to 726 pounds of marijuana) were shipped during the conspiracy.

A total of $1,769,244 in deposits of drug proceeds were made in Missouri, with $1,033,788 being made into Tanner McNeil’s bank account and $735,456 being made into Parker’s bank account. Investigators determined that $1,295,063 of the deposited drug proceeds were withdrawn by Tanner McNeil and Parker in Colorado shortly after the deposits were made in Missouri. They knew that these financial transactions were conducted in order promote illegal marijuana trafficking, were designed at least in part to conceal the nature, location, and source of the proceeds of the illegal marijuana trafficking, and were designed at least in part to avoid financial transaction reporting requirements under state or federal law.

Buckingham admitted today that he received four packages that contained a total of 16 to 24 pounds of marijuana.

This case is being prosecuted by Assistant U.S. Attorneys Jess E. Michaelsen and Ashleigh A. Ragner. It was investigated by IRS-Criminal Investigation, the Kansas City, Mo., Police Department, the U.S. Postal Inspection Service, and Immigration and Customs Enforcement’s (ICE) Homeland Security Investigations (HSI). 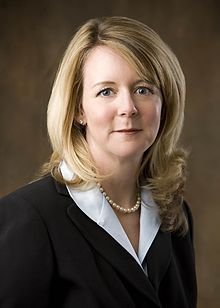