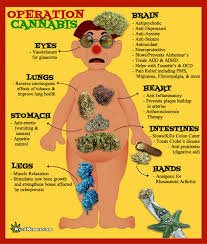 This issue becomes more mind-boggling when one considers the fact that cannabis is considered legal in many states for medical uses in the United States. This also includes the fact that some states have legalized the use of cannabis for recreational use as well making it a confusing situation for many cannabis users with health insurance.

When it comes to health insurance, the general understanding of many is that all that they need to do is to pay money and once that is done, the insurance companies will cover all their health expenses. Well, its not that simple especially when it concerns medical marijuana. This matter becomes more complicated when one resides in a state where cannabis use is considered legal for medical and recreational use. To understand why this is so, we have to look deeply into the reasons that are keeping insurance companies from covering medical marijuana under other health expenses. Read on!

Why are they not covering medical marijuana?

The reality around this situation is that users of cannabis for medical purposes are on their own and there is no provision for their reimbursements even after they have paid with their own money. This is because the DEA still classifies and considers cannabis as a Schedule 1 narcotic. The interpretation of this is that the drug is considered to be of no medical value and possesses a high risk of addiction. This stance still remains despite the numerous medical value that has been ascribed to cannabis. The cannabinoids, terpenes, and flavonoids that are contained in the plant matrix have been studied and shown to have numerous health benefits.

Medical marijuana studies explains that cannabis can be helpful in dealing with numerous health issues such as post-traumatic stress disorders, schizophrenia, cancer, seizures, and eating disorders such as anorexia. CBD, a non-psychoactive cannabinoid present in cannabis has also been researched to be helpful in dealing with pain, inflammation, cramps, and sleep disturbances. However, the absence of a large amount of research and clinical data necessary to give these applications the much-needed push before regulatory bodies have proven to be a very big problem.

Despite the fact that there is a good number of positive researches in this area, there is still a need for a substantial amount of clinical data for medical marijuana to get its much-needed approval. One positive to take out of all this is the fact there is a good number of researches still going and in no time, the much-needed clinical data to affirm the medical benefits of cannabis will be reached.

What the future holds

The present condition of things gives hope that in the not so distant future, cannabis will be legalized on a federal level and accepted by the FDA for medical use. This will then lead to the presence of cannabis in the Drug formulary for a different number of conditions which will necessitate insurance companies to cover medical marijuana. The acceptance of cannabis as an herbal remedy and its removal from controlled substances will be needed if medical marijuana is to be covered under health insurance.

It should be stated though that despite the stance of the FDA on cannabis with respect to medical marijuana, they have approved synthetic marijuana drugs. One such that has been approved for quite some time now is Marinol. Although users will argue that the drug takes longer to take effect as opposed to the real plant making it less effective and it is also said to have depression and anxiety as side effects. The fact that Marinol is approved by the FDA means that it is covered by health insurance companies and it is used to take care of nausea, vomiting, and improve the appetite of patients going through chemotherapy. Syndros is another synthetic marijuana drug that is approved by the FDA while Epidiolex is a synthetic marijuana drug that is approved for use in two rare forms of seizures in kids.

The medical benefits of CBD a cannabinoid found in cannabis are well researched. The non-psychoactive nature of the compound and the effect it has on the endocannabinoid system have been well studied. This has facilitated its isolation and incorporation into oil and for the production of CBD-based products. The revelation of CBD has further pushed the cause of medical marijuana. With the numerous marijuana reform activities going on in different regions there is bound to be a positive report on this very soon.

On the question of whether medical cannabis should be covered under health insurance, we can be sure what the answer of cannabis users will be. I hope the reasons explained above help to shed light on the restriction that is keeping insurance bodies from covering medical marijuana. The implication of this is that medical cannabis users who have full health insurance coverage still have pay for their marijuana medications out of their pockets. A very sad reality in 2020. For now the only exceptions are the synthetic marijuana drugs that are approved by the FDA. But hopefully we’ll break through this barrier soon and rid ourselves of the unnecessary rules and restrictions.