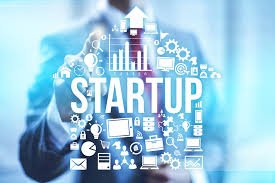 Here’s the introduction … Full article at the link below

In order to help address the weak economic recovery and facilitate capital raising for small businesses, Congress approved the JOBS Act (Jumpstart Our Businesses) in 2011, which President Obama signed into law in early 2012. The implementation didn’t take place until last year, when Regulation A+ (Reg A+) rules were finalized, and new Crowdfunding rules were introduced this year. Reg A+, which amended the prior Reg A rules, permits companies to raise up to $50mm in a manner that can be more cost-effective than other types of fundraising. The SEC issued a bulletin outlining the major issues last year. Crowdfunding allows companies to raise up to $1mm.  In both cases, small companies no longer need restrict their offerings to accredited investors (those that have $1mm in more in assets or annual income above $200K).

The timing of these regulatory changes offers promise to cannabis companies, which can benefit from these new ways of raising capital and are beginning to do so. FundAmerica is a financial technology company that works with many of the platforms that enable crowdfunding to take place. The company’s policy is to work only with companies that provide ancillary goods or services to the industry and not those that directly cultivate, process or sell cannabis. While it is still early for entrepreneurs pursuing this route to raise capital, CEO Scott Purcell offers some terrific advice in terms of understanding the landscape and perhaps overcoming some initial challenges.

Early Problems in Reg A

At the birth of any new industry, the early players never “get it right” at first as there is always a learning curve and some growing pains.

In the early 90’s AOL, Compuserve, Netcom, Microsoft and others absolutely refused to interconnect (aka “inter-network”, aka “internet”) their private islands of electronic communities to each other. The industry paradigm was to run an exclusive service of content and tools (e.g. “email”) only accessible by their customers (“users”). They felt it made no economic or marketing sense to allow users of other private networks to access their proprietary content or communicate with their paying users.

This didn’t diminish the future of what was to become the internet,
…it just slowed down its development as the early players figured things out.

Likewise the early players in this new world of technology-driven capital formation are still figuring things out. And it’s causing the market to develop more slowly than people had hoped. But it doesn’t diminish what will become the future of capital markets – a world where the vast majority of wealth creation and liquidity occurs in the private markets.

Let’s take a look at some early missteps…

Issuer Marketing – or, rather, a lack thereof. A company can NOT solely rely on a single funding platform (e.g. StartEngine, SeedInvest, etc) or broker-dealer to get the deal sold for them. Nor should an issuer rely exclusively on their own efforts. The issuer should budget for their own direct marketing efforts AND carve out compensation to pay platforms and broker-dealers to help find investors. It takes a LOT of people, time and money to pull off a successful Reg A. Underestimate that and you’ll have wasted the opportunity. A classic mistake we are seeing is issuers who spend the entire 4 month period 100% focused on their SEC filing when they should have been putting significant effort and resources to generally promote their brand and products to develop a loyal, social following (absolutely not to be confused with “testing the waters”).