Regulating marijuana in California will be turbulent, state official says

Lori Ajax, chief of California’s Bureau of Medical Cannabis Regulation, also said that once new regulations are in place in January the state may crack down on illegal marijuana operations that local jurisdictions have struggled to close.

Delaware Senator Announces Bill to Legalize Adult Use of Marijuana

A bill in the Georgia Legislature got a committee Ok last week to expand the use of medical CBD cannabis oil in the state.
In addition to using cannabis oil for seizures and other conditions, this legislation, if approved by the full House and Senate and signed by Gov. Nathan Deal, would add Alzheimer’s, AIDS, autism, epidermolysis bullosa, peripheral neuropathy and Tourette’s syndrome.
In addition, any hospice patient could have the oil no matter what their diagnosis.
In 2015, the state approved the possession of having up to 20 oz. of high CBD cannabis oil for cancer, Parkinson’s and epilepsy patients.
Despite last week’s committee action, the use of medical cannabis still has a long way to go both in Georgia and the nation.

What smells about Indiana’s vaping law? Could it be marijuana?

Long before Indiana’s controversial vaping law drew the attention of the FBI, a powerful Republican committee chairman had a similar piece of legislation drawn up.

Like the vaping law, it included specific requirements that likely would have allowed a single security company — Lafayette-based Mulhaupt’s Inc. — to secure a lucrative role as the gatekeeper for an entire industry.

This earlier legislation, however, didn’t involve the e-liquid used in electronic smoking devices.

Iowa has fallen behind the rest of the nation.

The vast majority of Americans now live in places with safe access to medical marijuana. Eight states have legalized small amounts of marijuana for recreational use, and 17 other state legislatures are considering bills to do so right now, according to the National Conference of State Legislatures.

Blue states no longer have a monopoly on drug reform — Arizona, Kansas, Kentucky, and Utah are a few of the states where deregulation bills are alive in the statehouse.

Middle-of-the-road Iowa remains one of the harshest states for marijuana enforcement. First-time possession here is punishable by up to six months in jail and we have a medical cannabis law that helps precisely no one.

There is growing bipartisan support for marijuana reform in Iowa, but so far it hasn’t been a priority at the Republican-controlled statehouse this year. A couple important bills have survived the legislative funnel so far, but they’re competing with a long list of other legislative priorities.

The conservative case for marijuana reform has never been stronger — Iowa has an opportunity to reduce government spending, uphold civil liberties, and restore local control.

Senate File 432 is a bill to reduce first-time marijuana possession from a serious misdemeanor to a simple misdemeanor, which carries a lighter punishment and also clears the way for greater local control.

The bill enjoyed bipartisan support when it was approved by the Iowa Senate Judiciary Committee earlier this month — 12 yes votes, and just a single no. Groups lobbying in support include the League of Women Voters and the American Civil Liberties Union. The only organization registered in opposition is the Iowa State Police Association.

Tomorrow, March 28, the Joint Select Committee on Marijuana Legalization Implementation will vote on a bill that will determine the agency responsible for regulating adult use marijuana.

Robust regulation of Maine’s marijuana industry is crucial for the health and safety of Maine residents. A strong regulatory system requires both the right rules and the right regulator.

We believe that the Bureau of Alcohol and Lottery Operations (BABLO)- is the agency with the right experience and that is best equipped to handle the regulation of a psychoactive substance.

Click here to contact one of the members of the Committee and voice your opinion on the importance of this issue.

Please tell the Committee how important it is to have BABLO overseeing this process and this will put Maine on the path towards a strong, safe regulatory structure.

Please click here to send the message that BABLO should be the regulator of adult-use marijuana in Maine.

Thank you for ensuring proper regulation and oversight.

LANSING — The medical marijuana industry is poised for explosive growth in Michigan. And new laws seeking to regulate, tax and legitimize the lucrative business have unleashed a torrent of cash  at Lansing decision makers, sending dozens of lobbyists, lawmakers, legislative staffers and business owners scrambling for a piece of the billion-dollar enterprise.

All the jockeying is taking place under Michigan’s weakest-in-the-nation laws outlining government ethics, transparency and conflicts of interest. And it’s happening while Lansing awaits Gov. Rick Snyder’s appointment of a five-member board that will ultimately oversee licensing of the industry, raising questions about who will truly benefit from bringing pot to the mainstream.

The stakes are high: While medical marijuana revenues in Michigan are estimated at more than $700 million, if full legalization of marijuana happens, as it has in eight other states, the revenues could be enormous. Arcview Market Research, a California-based company that tracks the marijuana industry, reported $6.8 billion nationally in legal marijuana sales —  both recreational and medicinal —  in 2016, and projects the market to grow to $21.6 billion by 2021.

South Carolina Rep. Eric Bedingfield once shunned all marijuana use, but when his eldest son’s six-year struggle with opioid addiction ended with his overdose a year ago, the conservative Republican co-sponsored medical cannabis legislation.

“My mindset has changed from somebody who looked down on it as a negative substance to saying, ‘This has benefits,'” Bedingfield said recently.

The 50-year-old teetotaler believes marijuana may effectively wean addicts from an opioid dependence. Ultimately, the Marine veteran hopes medical marijuana can be an alternative to people being prescribed OxyContin or other opioid painkillers to begin with, helping curb an epidemic he’s seen destroy families of all economic levels.

Tennessee’s House of Representatives has passed a bill that, if approved, would negate cannabis decriminalization policies enacted in Nashville and Memphis, the Memphis Daily News reports. The measure, which passed the body 65-28, aims to clarify that state law overrides local regulations involving Class B misdemeanors and above – which includes drug policies. 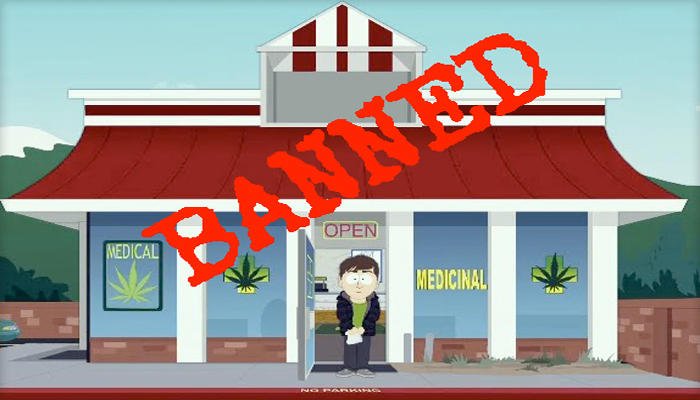 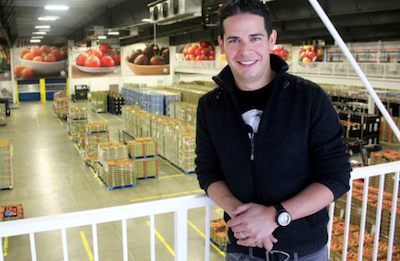