Title: Can marijuana save Kentucky from a crippling pension crisis?Republican lawmaker plans to file bill supporting legalization despite governor’s opposition

Extract:  Kentucky Sen. Dan Seum, R-Fairdale, has said he plans to introduce a bill that would legalize recreational marijuana. With that as a backdrop, members of the state’s Veterans and Military Affairs Committee, state workers and members of the public debated the pros and cons of marijuana legalization during a hearing in Frankfort on Thursday.

Title: Maine Names New Medical Marijuana Director Craig Patterson steps into the position, which has been vacant for about a year.

Extract:  Maine has named a new director of its medical marijuana program, a position that had been vacant for a year. Craig S. Patterson, a former management analyst in the state Department of Health and Human Services, has filled the position that was last held by Marietta D’Agostino, who left the position about a year ago and is now director of compliance for a Massachusetts-based biotech firm that focuses on the cannabis industry. 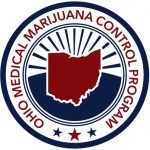 Extract: The Virginia Municipal League, a non-profit, non-partisan association representing dozens of Virginia cities and towns, has come out strong in favor of marijuana reform at this year’s General Assembly.