From New Hampshire to New Mexico, state lawmakers are introducing bills to decriminalize and legalize marijuana.

From decriminalization measures to adult-use legalization proposals, here are the bills to watch as states enter their 2019 legislative sessions.

11 States covered at the link……

Are Your Strain Names Bait for a Lawsuit?

The cannabis industry is wising up to trademark violations, but corporations aren’t the only ones that can sue you.

“We know that there’s been issues with trademarks in the past with strains like Gorilla Glue and Girl Scout Cookies,” says Bailey Rahn, a Leafly editor, in an interview with CBT. “We took a preventative approach with some names that could cause the same situation.”

Deserae Weitmann, Leafly’s corporate counsel, added that the company also reviewed its database for names that could appeal to children. “We want to be the best actors in the space,” she says.

But Leafly is taking a more direct role in the retail side of the industry, adding a more robust shopping layer to its website. Leafly now offers “Leafly Pickup,” allowing customers to make reservations of products online, skip the line, and quickly pay for and pick up their reservations at partnering dispensaries.

The DEA claims the houses raided were all connected to east coast crime syndicates, but the raids have resulted in no arrests.

The new features for the medical cannabis registration portal will allow cards to be issued to patients much faster.

Thanks to a small group of bipartisan lawmakers, there is now a bill for full adult-use legalization in Minnesota being considered in the Legislature.

New bill would legalize up to one ounce of marijuana, allow out-of-state medical IDs

Democratic state lawmakers Senator Sara Kyle and Representative Gloria Johnson sponsored two bills to be debated this year. One would allow people who are visiting Tennessee and have medical cannabis ID cards to carry as much as a half ounce of weed in Tennessee. Those people would also be allowed to give that marijuana to another person who also holds an out-of-state medical ID card.

“We’re talking about 86 percent of Americans believe that doctors should be able to prescribe it as medicine,” said Johnson. “We’re a big tourism state and a lot of people come to Tennessee. We want them to be able to bring their medicine with them and not get in trouble for it.”

Attorney General TJ Donovan voiced support Thursday for legislation that would establish a regulated market for cannabis in Vermont, after he had previously expressed reservations about legalizing sales of the substance.

Donovan told the Senate Judiciary Committee that since Vermont moved to legalize limited possession and cultivation of the drug last year, his views on creating a market for the drug had “evolved.”

“We have to have a regulated market,” he said. “I don’t think we can continue to be silent on how Vermonters obtain it. At the end of the day, this is about protecting consumers and protecting kids.”

Industry officials said the situation will improve in coming months as Washington state’s new traceability system, operated by Denver-based MJ Freeway, gets fully up to speed.

An MJ Freeway spokeswoman said once the system is fully implemented more data will be made available.

In the meantime, these issues have surfaced: 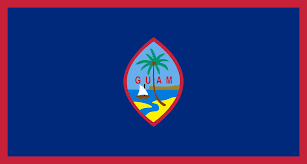 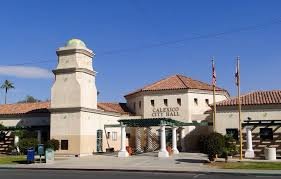