The Senate Veterans’ Affairs Committee reviewed a bill that would ask the U.S. Department of Veterans Affairs (VA) to run clinical trials on the potential benefits of cannabis for the treatment of military veterans suffering from post-traumatic stress disorder (PTSD) and chronic pain.

The measure, sponsored by chairman Jon Tester (D-MT) and Sen. Dan Sullivan (R-AK), was discussed along with another 20 veteran-related bills although only the cannabis measure was not openly discussed but rather received written testimony opposing it, reported Marijuana Moment.

Is The VA Against Cannabis Research For Veterans?

Although VA Acting Deputy Under Secretary of Health for Community Care Mark Upton said the agency does not support this proposed legislation, it is not against cannabis research for veterans in general.

Nevertheless, the VA seems to find the new legislation to be redundant and therefore unnecessary.

The agency also specifically argued against the provision that would require it to study “at least seven types of cannabis,” a task the VA finds inconsistent with “the current state of scientific evidence, which suggests that smaller, early phase, controlled clinical trials with a focused set of specific aims are optimal to determine proof of concept for use of cannabis in treating specific conditions.”

Upton wrote that the VA continues to research existing clinical evidence on the medical benefits of cannabis and acknowledges that more research is necessary.

“VA has utilized the scientific peer review system and is currently supporting a clinical trial of CBD to treat PTSD where CBD is used as an add-on treatment to standard of care psychotherapy. The results from this study should be available next year,” Upton wrote. 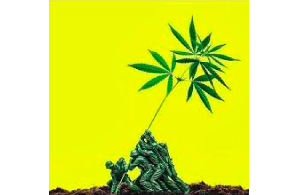