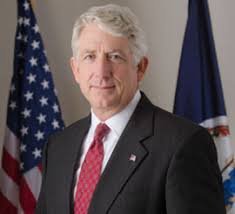 Virginia lawmakers will consider reforming the state’s marijuana laws early next year, and Virginia Attorney General Mark Herring has called  a Cannabis Summit in Richmond for next week to discuss policy plans ahead of time.

In a news release Wednesday morning, he said his goal is to give policymakers the research they need to make informed decisions.

The summit will include experts from other states where marijuana has been legalized.

Following is the text of the press release from the Office of the Attorney General:

RICHMOND – Next week, Attorney General Mark Herring and the Virginia Cannabis Caucus will host a cannabis summit for policymaking stakeholders in Virginia, including legislators, state agencies and law enforcement. The summit will focus on policy and will include experts from state attorneys general’s offices, state agencies and legislative operations in states where cannabis has been legalized, as well as cannabis policy experts. This upcoming General Assembly Session policymakers will be considering legislation related to cannabis use in Virginia and this summit is designed to better inform those discussions.

“Virginia’s cannabis policies are just not working. They are needlessly saddling people with criminal records and costing millions in enforcement costs and more importantly social costs,” said Attorney General Herring. “We now have an historic opportunity in the General Assembly to pass meaningful cannabis reform and I am hopeful that this year we will begin to see real progress. My goal with this summit is to give our policymakers the information and tools that they need to make informed decisions and create the best path forward for cannabis reform in the Commonwealth.”

Attorney General Herring has become a leading voice for cannabis reform in Virginia pushing for decriminalization of small amounts of marijuana, action to address past convictions, and a move towards legal and regulated adult use. In his call for cannabis reform, he cited the unnecessary negative impact of a criminal conviction for possession, the expense and social costs of enforcing the current system, and the disparate impact on African Americans and people and communities of color. Attorney General Herring reiterated his call for reform when data from 2018 showed a record number of arrests for marijuana possession. In the last decade the number of first time marijuana convictions in Virginia has risen 53%, from 6,533 in 2008 to 10,000 in 2017. Arrests for marijuana possession have increased about 220%, from around 9,000 in 1999 to nearly 29,000 in 2018. The cost of marijuana criminal enforcement is estimated to exceed $81 million each year.