The Liquor and Cannabis Board (LCB) yesterday issued an emergency suspension of the Tier 2 Producer/Processor license for Dank Incorporated in Port Angeles. The suspension follows a joint investigation with the Washington State Patrol’s Cannabis Enforcement Response Team resulting in findings of serious violations of state cannabis laws.

Based on information arising from an investigation into criminal cannabis growing and distribution activity, a search warrant was issued for the licensee’s business address in November. At this location “untagged” cannabis plants and cannabis plants whose tags had previously been used were located, both are violations of state cannabis laws and rules due to the potential for diversion outside of the regulated cannabis market. As a result, approximately 5,000 cannabis plants were seized by the LCB.

Additionally, on or between June 2021 and present, the licensee violated Washington’s “true party of interest/financier” law (WAC 314-55-035) by allowing undisclosed and/or approved persons, affiliated with a criminal enterprise to control the day to day operations, and engaged and/or permitted criminal conduct.

Based on the seriousness of the violations and the conduct of the licensee, including traceability, true party of interest, criminal conduct, probable diversion into the illegal cannabis market, and the likelihood the licensee will commit these violations in the future, the Board found that these activities constitute a direct and immediate threat to the public health and safety. The Board therefore approved an emergency suspension of the license. The license will remain suspended for a period of 180 days during which the LCB will seek permanent revocation.

The LCB educates licensees to reach compliance and enforces Washington’s liquor, cannabis and tobacco laws and regulations. The LCB is mandated to ensure that licensees in Washington state follow state laws and regulations. When licensees fail to comply with state law, the Board, under state authority can take action including the issuance of suspensions to ensure public health and safety.

For more information about the LCB, visit lcb.wa.gov. 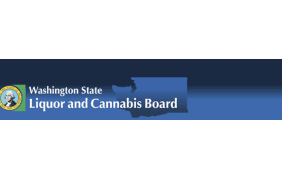