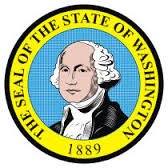 After finding suspicious results and practices, auditors said the Testing Technologies lab of Poulsbo should not be allowed to operate in Washington’s marijuana industry. The rebuke marks a step toward tighter controls on the state’s pot labs.

After finding suspicious results and unacceptable practices, auditors recommended that one of Washington’s state-approved labs testing legal marijuana not be allowed to operate.

During their recent review, auditors said Testing Technologies of Poulsbo “showed consistent inaccuracies” in test data and a “blatant disregard for good laboratory practices as well as sound scientific methods.”

The findings mark a step toward shoring up the integrity of the state’s certified pot-testing labs, which number 14. State regulators say they’re proposing several remedies, including new rules, tests and an advisory group.

Confidence in labs is vital to Washington’s legal-marijuana experiment. One argument for legal pot is that it’s been accurately tested for potency and is free of mold and microbes such as E. coli.

Other labs and industry members have been agitating for stricter state oversight of pot testing. In an open letter last week to Washington’s cannabis community, Steep Hill, which has a lab in Tukwila, said “we’re going to put pressure on the regulators to clamp down on labs who focus more on profits than consumer safety.”

Lab problems were highlighted earlier this year by Jim MacRae, a Woodinville data scientist, who examined public records of lab results. In the three-month period MacRae reviewed, he found some labs were friendlier than others to pot growers.

In his analysis, four labs failed no tests for microbes such as E. coli, while two labs failed 44 percent, a result that defied statistical logic, he said.

MacRae kept the identity of labs blinded, saying he wanted to call attention to the issues without naming and hurting individual labs. But MacRae later told The Seattle Times that Testing Technologies had the most business-friendly ranking in his analysis.

The state Liquor and Cannabis Board (LCB) approved emergency rules Wednesday that flesh out how the state can suspend a lab or impose graduated penalties. Before, the LCB could summarily suspend a lab, but it lacked penalties for less egregious violations and procedures for labs to correct those problems.

The state also has created a new advisory group to set acceptable levels for pesticide residues on pot and recommend improved lab requirements. Stocked with representatives from the industry and several state-level departments, the group is supposed to have its first meeting by the end of the month.

Such tests would give labs samples of products. The labs would then test them for potency, microbes and pesticides. If a lab’s results deviated too far from the average of what all labs found, then that lab’s certification might be in jeopardy.

“Right now, it’s still the Wild West in Washington,” said Dana Luce, owner of GOAT Labs in Vancouver. “If you don’t like the numbers from one lab, take it to another and chances are you’ll get a more favorable result.”

The LCB will likely decide in the next week whether to follow the auditors’ recommendation on Testing Technologies.

They found the lab “provided the highest potency numbers compared with all testing labs currently in the program.”

In a review of 48,225 test results, auditors found the company failed 44 tests, or less than one-tenth of 1 percent.

Auditors also determined that Testing Technologies was putting multiple samples on the same 3M Petrifilm plate, which they said is not an acceptable laboratory practice. With such a method, auditors said, it’s quite possible that products “that should have failed would have gone to market.”

Newman has said his firing was over division of equity, his ownership stake and the future growth of the company. Several of the lab’s scientific staff supported him or criticized Ward after resigning in the wake of Newman’s firing.

Newman said he believed auditors were not shown all the lab’s data, or that Ward misrepresented data.

“I don’t doubt their conclusions based on what they saw,” Newman said. “I don’t trust what they saw. No one was there who knew anything about how the lab was operated.”

Bob Schroeter, LCB director of operational support, said he has confidence in the auditors and they acted in a swift and timely manner when they received information. 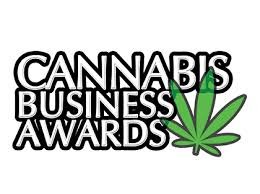 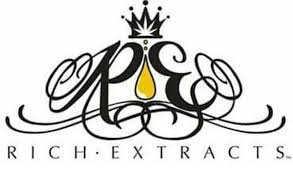 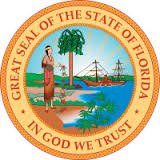