Party leaders are also laying the groundwork to vote on a marijuana banking bill soon, Marijuana Moment has learned.

Politico first reported on Monday night that the House Financial Services Committee was planning a hearing on the topic, which cited “sources familiar with the matter” as saying it could be scheduled for Wednesday, February 13—though nothing is formally on the calendar yet.

DES MOINES, Iowa (WOI) – Republicans and Democrats are working together in an effort to reform medical marijuana legislation in the state.

Currently, the maximum level of  THC allowed is 3 percent. However, a bill that’s been proposed would raise that number to 13 percent.

Mississippi lawmakers are turning back an attempt to legalize growing industrial hemp in the state.

The House Drug Policy Committee, on a tie vote Monday, rejected an amendment that would have changed state law to allow farmers to grow hemp.

Changes to the state list of illegal drugs were proposed as House Bill 1547 .

Is proposed Oregon marijuana export plan a solution to state’s cannabis glut – or a pipe dream?

The head of an Oregon marijuana trade group hopes to convince state legislators to permit local cannabis companies to export crops and products to other states, but MJ attorneys said the plan faces huge legal obstacles.

To shrink Oregon’s massive marijuana surplus, Adam Smith, the founder of the Craft Cannabis Alliance, is working with state lawmakers to pass a law allowing licensed cannabis companies to ship to other states with legal MJ programs by 2021.

Is proposed Oregon marijuana export plan a solution to state’s cannabis glut – or a pipe dream?

The City Council postpones a vote at the request of Councilor Belinda Ray, who plans to offer 2 amendments but missed the meeting because of an illness.

Hannah King and Malina Dumas, of the law firm Drummond Woodsum, said the amendments would streamline the land use approval process and change setbacks from residential areas.

Mark Barnett, owner of Higher Grounds on Wharf Street and a member of the Maine Craft Cannabis Association, a group of marijuana enthusiasts and entrepreneurs, spoke in support of Ray’s amendment to allow marijuana retail stores to sell products that do not contain marijuana. That amendment would only allow people 21 and over to enter a marijuana retail store. 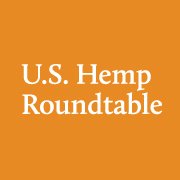 Yesterday afternoon, we reported the troubling news that Ft. Worth prosecutors were threatening to arrest CBD users.

Just a few hours later, State Rep. Stacy King introduced House Bill 1325 — relying on the Roundtable’s model legislation — that would solve the issue and establish a full hemp program in the Lone Star State. Rep. King’s bill would allow Texas to join 41 other states in hemp cultivation, bring the state into full compliance with the 2018 Farm Bill, and clarify beyond any doubt that hemp products such as CBD could be sold at retail. 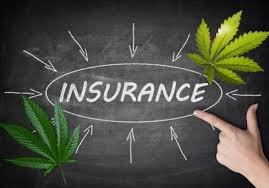