Who Is Dan Bilzerian ? Here Are His Top Ten Tackiest Instagram Posts

Here at CLR we aren’t really up to speed  with American reality TV “culture” so although we were vaguely aware of the CBD company Ignite, until this week its founder Dan Bilzerian who  made the US national press, last week, with some eyewatering debt and profligate spending had escaped our radar.

Media reports say he / the company burned through $50 million in 2019 alone.

Ignite lost $43 million on expenses related to marketing and promotion as well as office leases alone, according to its annual filing first reported on by Forbes.

First up, for those of you, who, like us were unaware of Bilzerian here’s a bit of background. 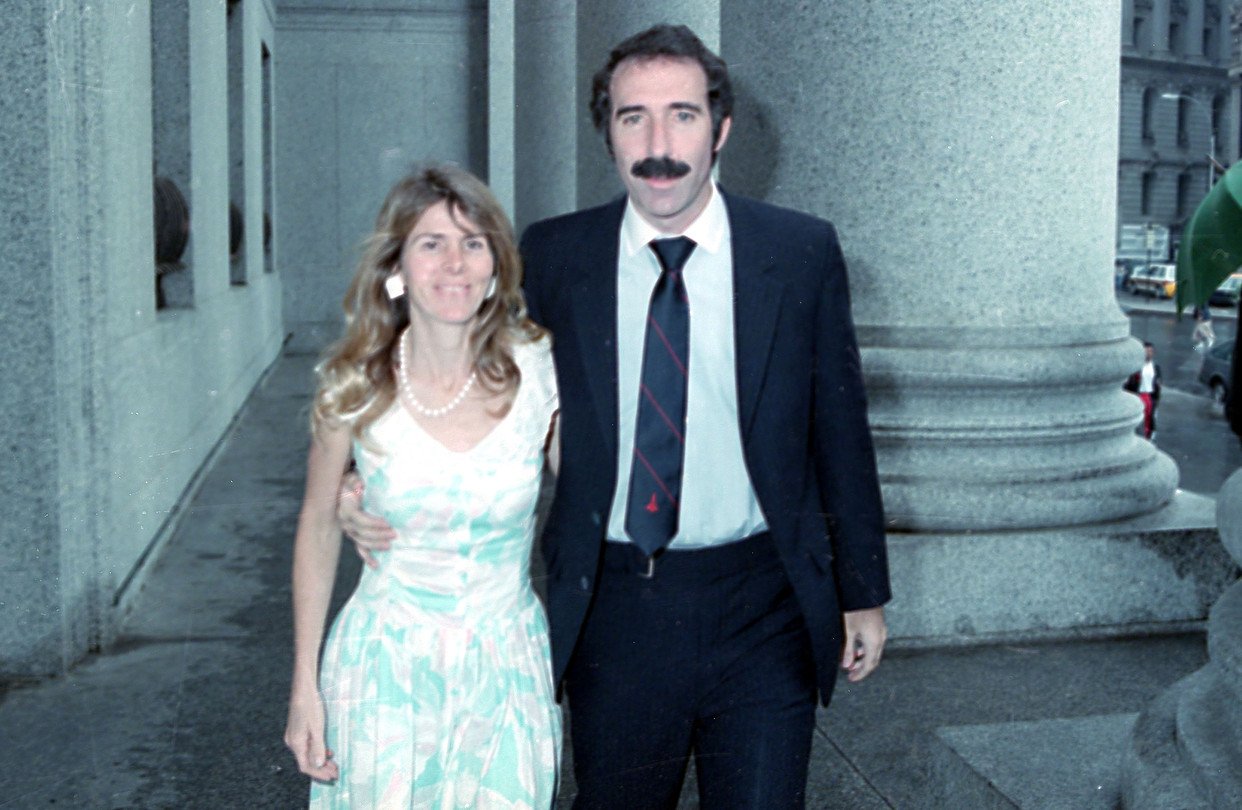 Read more about Bilzerian senior’s world in this WSJ article in which they report Mr. Bilzerian was convicted in 1989 of fraud, conspiracy and making false statements to the SEC. He paid a $1.5 million fine and drew a prison sentence initially set at four years, ultimately serving 13 months.

He is also the brother of fellow poker player Adam Bilzerian. Bilzerian entered the Navy SEAL training program in 2000, however, after several attempts, he did not graduate. He subsequently enrolled at the University of Florida, majoring in Business and Criminology.

We then move on to his illustrious poker career, Bilzerian played in the 2009 World Series of Poker Main Event, finishing in an unsatisying 180th place. We can’t work out if this was his his poker career highlight, if it was, it’s all rather underwhelming.

Violence against women is an issue for Bilzerian and more so for some of the women he surrounds himself with. In August 2014, Bilzerian was banned from a Miami nightclub for kicking model Vanessa Castano in the face during a brawl.  In December of the same year, Bilzerian was embroiled in a legal matter with pornographic actress Janice Griffith, whom he threw off the roof of a house and into a pool as part of a photoshoot for Hustler magazine in April 2014. She fell short of the pool, hitting the edge, and broke her foot. The 18-year-old Griffith asked Bilzerian for $85,000 for her injuries, which was rejected. She then filed a lawsuit against both Hustler and Bilzerian, to which Bilzerian’s attorney responded that Griffith was under contract for the event by Hustler, that Hustler hired Bilzerian for the event, and that Bilzerian was not at fault. In January 2015, Hustler‘s attorney claimed that the toss was an “act of God” and stated that it was not the publisher’s fault that Griffith suffered injuries as a result.(source)

In June 2015, Bilzerian announced his bid to run to be President of the United States in the 2016 election, however, unsurprisngly, he ended up endorsing Donald Trump instead.

He even has a song written in his honour by rapper T- Pain. ( we only lasted the first 4 bars !)

Here’s what the company says about itself on its website, as you can imagine there’s a surfeit of buzzwords and “lifestyle” gobbledegook.

THE PREMIUM LIFESTYLE BRAND FOR THE DISCERNING INDIVIDUAL

A global lifestyle brand unlike any other, IGNITE combines premium quality ingredients with an unprecedented level of ambition, innovation and an uncompromised standard of excellence. Inspired by its CEO and founder, Dan Bilzerian, IGNITE has positioned itself as the gold standard and industry expert in cannabis and CBD supported with a premium apparel line for an active lifestyle. Continuing its ruthless pursuit of perfection, IGNITE recently introduced its beverage division consisting of Alkaline PH Water, Performance Beverages and Spirits.

IGNITE disrupts marketing norms with an authentic, quality-first mission, taking its expansion world-wide. Following its September 2018 US launch, 2019 saw expansion into the UK and Mexico, with continued expansion in 2020 to the Middle East and Canada with many more to come.

IGNITE is a socially responsible company and is committed to using marketing and brand power as a positive catalyst for a healthy lifestyle. The IGNITE management team believes that these actions have a positive impact on the Company, its employees and its shareholders.

IGNITE is unapologetic in our attitude and in our promise to provide the ultimate experience to our customers.

It will always be the best or nothing for IGNITE.

How do they market being a “socially responsible company” .

Also, here’s a great piece published by Vice about an Ignite launch party in the UK August 2019

The journalist writes….It was, all things considered, one of the more harrowing evenings I’ve ever had: a disturbing glimpse into a parallel London – where everyone is tanned and glassy-eyed and works for the Mail Online – that exists alongside my own while never intersecting. I’d certainly never seen any of these people in a Sam Smiths pub or at a queer techno rave before…… The atmosphere was only a couple of notches fancier than a provincial nightclub.Everyone there looked like a Love Island contestant – an impression I later learned wasn’t entirely inaccurate (there were several reality TV stars present). In fact, several people I interviewed looked offended when I asked their names, as though I should already have known who they were. I’m sorry, but I simply do not care about reality television, which is frivolous nonsense – come back to me when you’ve published a book-length essay with Fitzcarraldo Editions. Read Full Article

In the time of pandemic all of this looks faintly ridiculous and the chickens may have proverbially come home to roost with the arrival of a whistleblower and the numbers beginning to unravel at Ignite.

According to the company’s annual report, filed last month at the Canadian Stock Exchange, where shares of Ignite are publicly traded, the company posted $67 million in losses in 2019

Ignite “made” money in two ways last year. The company issued and sold shares of its company stock, and the company also raised money via debt.

As per its annual filing, Ignite recorded $25 million from “proceeds of issuance of shares,” $19.9 million from “convertible debt,” and $23.7 million from a “short-term promissory note.”

That is, Dan Bilzerian’s company has (had) a lot of other peoples’ money.

With that money, Ignite went on a spending spree, even as its stock tanked.

The company claims to operate in Mexico, Canada, Ireland, and the United Kingdom as well as the United States, where Ignite-branded CBD products are supposedly available in stores. 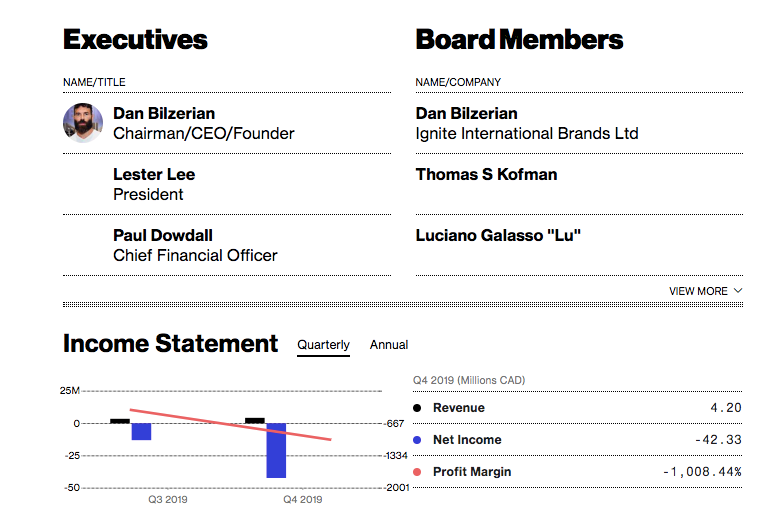 The imagery on his Instagram account appears to be indicative of his frivolous approach to business, never mind the sexism & downright silliness of his “lifestyle”.

Here are our top ten images from his account which should we hope illustrate to investors that alarm bells should be ringing very loudly indeed. Some of these we’d rather not post but the imagery is  demonstrative of the intent; so, here we go. 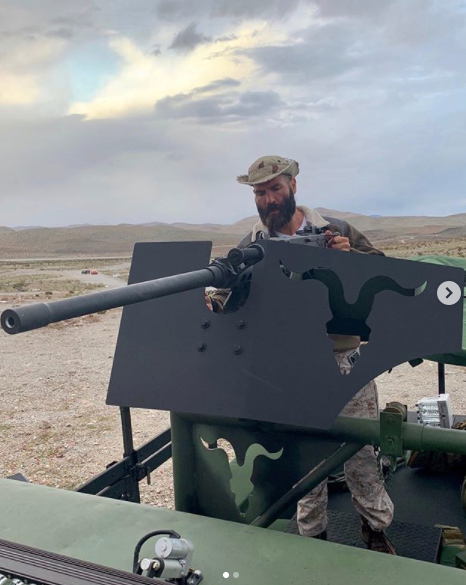 See how we have managed to get the logo for our “wellness” company incorporated with this killing machine- job well done ! 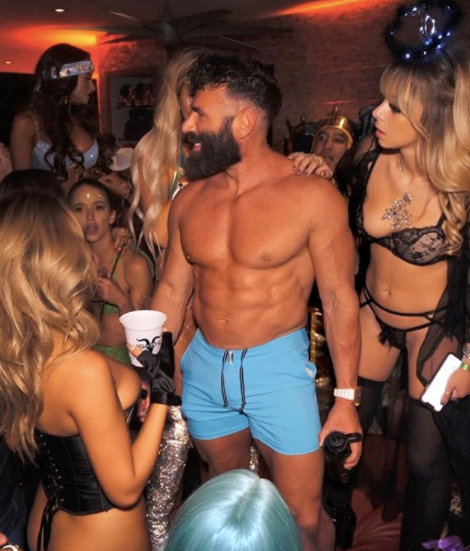 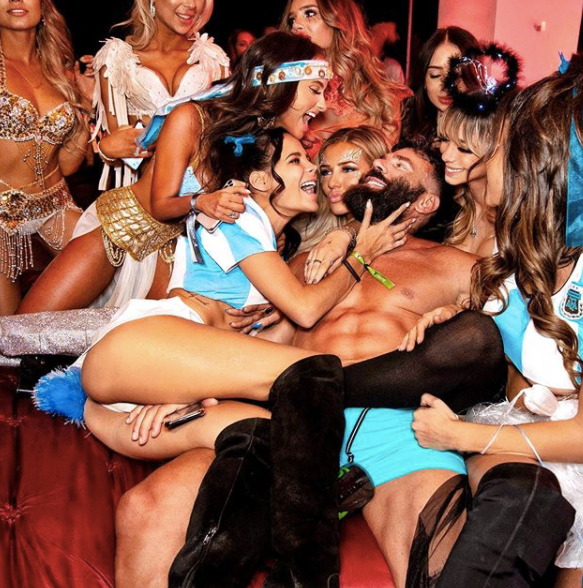 How much does all this “fun” cost Ignite? 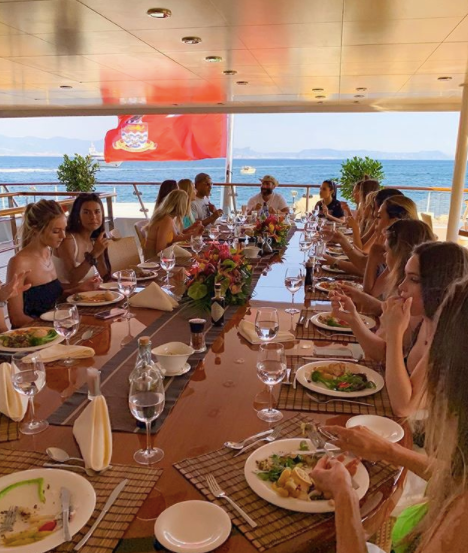 Another thrilling lunch with plenty of mansplaining to be had 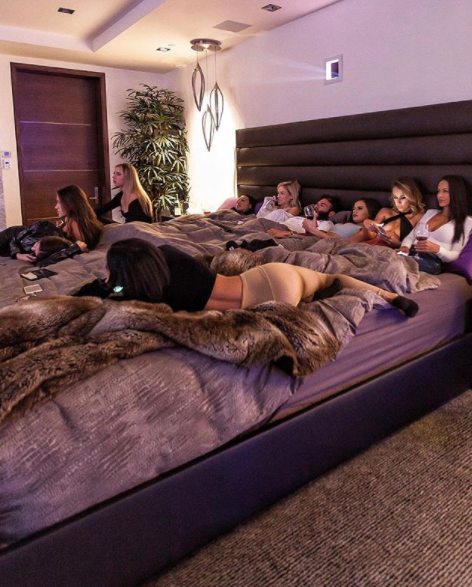 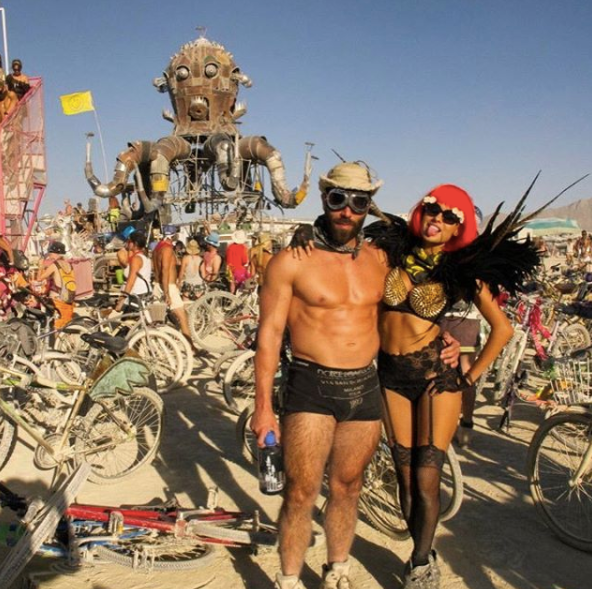 Of course he has been to Burning Man ! 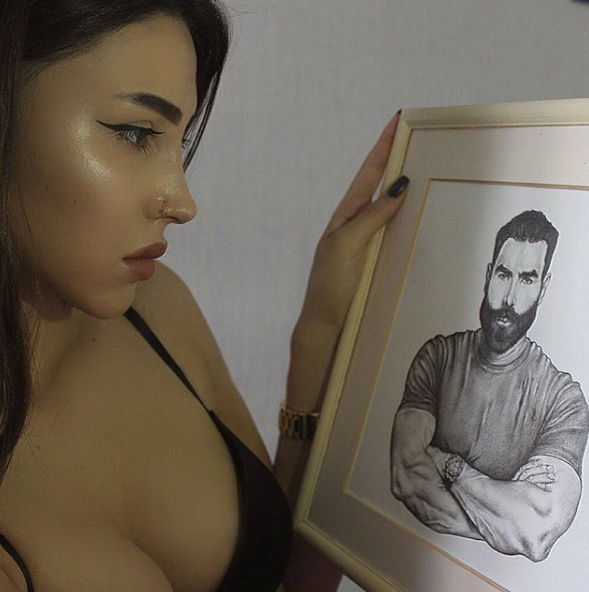 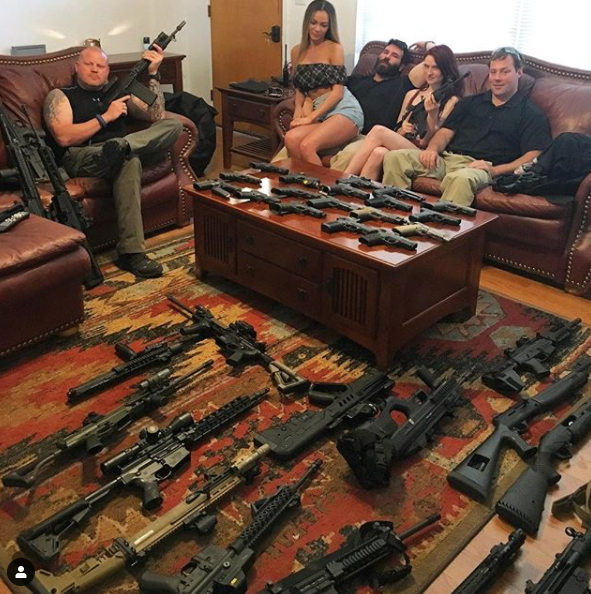 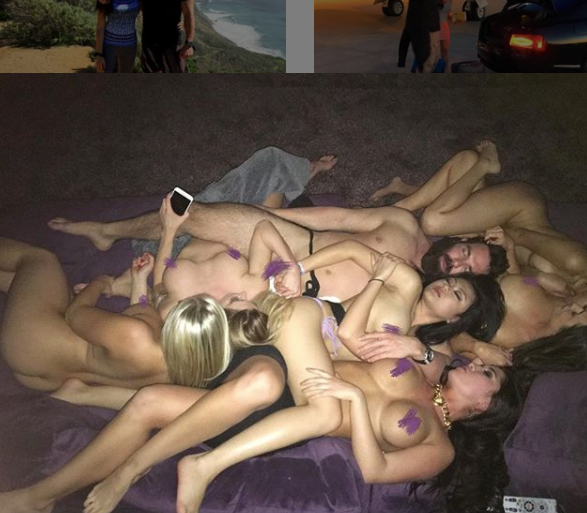 It doesn’t appear to make him happy ! 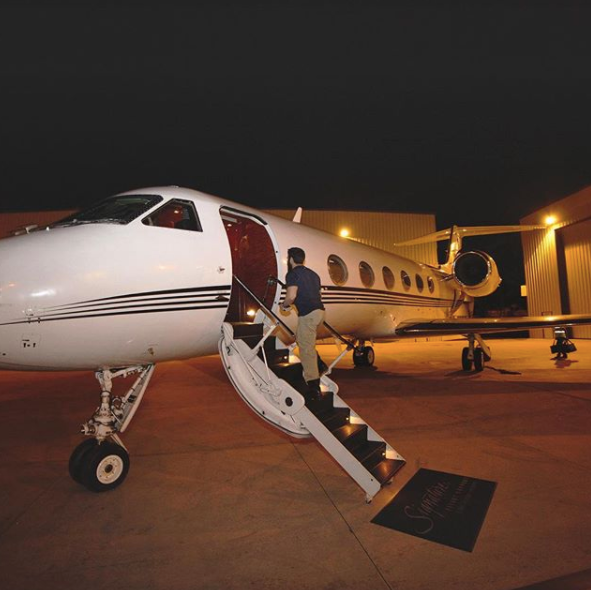 It’s Lonely At The Top !

Finally, Bonus no.11 – simply.. why on earth is it OK to take photographs like this. Our favourite new word of the pandemic is Free-Dumb. This image encapsulates the word. 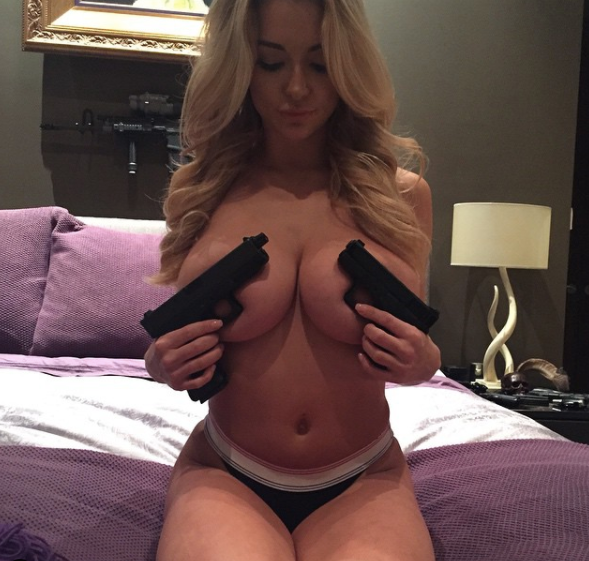 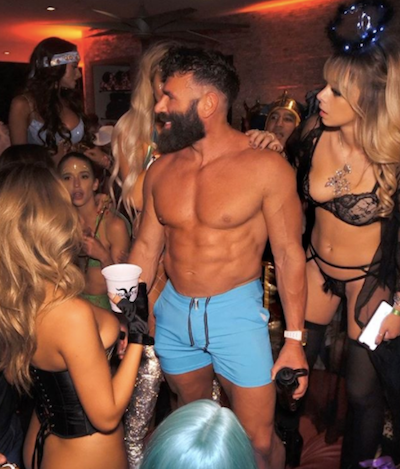