Why Does Smoking Cannabis Make Us High?

Cannabis, one of the most commonly used recreational drugs in the world, is derived from the flowers and leaves of the Cannabis hemp plant. This plant, although generally found above an altitude of 4500 m, can be harvested anywhere using the seed bank at https://farmerslabseeds.com/ and used for personal purposes only, since commercial use of cannabis is prohibited in most countries. Along with pleasure- and creativity-oriented uses of this mix, it is also used to treat ailments and medical conditions such as Multiple Sclerosis, nerve pain, vomiting, nausea, etc. In this article, we’ll explore the physiological and neurological mechanisms by which cannabis’s psychoactive effects manifest in the human body after smoking, vaping, or ingesting it.

THC—the Main Protagonist of the Process

THC, or tetrahydrocannabinol, is a chemical compound found in various parts of the cannabis plant. It is principally responsible for the psychological effects that the plant has. It occurs inside resins secreted by different glands distributed inside the plant. If you want to learn about cannabis plants and their anatomy, you can buy their seeds and harvest them from any online seed bank in California, which has a wide range of options and very reasonable prices without sacrificing quality.

THC is a lipid that was introduced into plants through evolutionary processes. Its function inside plants is to absorb UV radiation. This explains why cannabis is mostly found at extremely high altitudes, where it is constantly exposed to the sun’s ultraviolet rays.

In a convoluted series of events after entering the body, THC ultimately reaches the cerebral cortex.

The Journey of THC in the Human Body

The THC in cannabis smoke first reaches the respiratory system after being inhaled. Alveolar and pulmonary capillary action are the primary mechanisms by which the lungs exchange gas with the blood. Following this procedure, THC also enters the blood via the same method. The blood then carries the compound to every nook and cranny of the body using its elaborate circulatory system. Researchers have shown that within 20 minutes of cannabis inhalation, every tissue in the body is already in touch with THC.

But the part of the body that is most important to the effects of cannabis is the brain, and within a span of 30 seconds to 2 minutes, the THC-carrying blood reaches the brain. The boundary between normal blood vessels and the brain is lined with artillery microvessels. The left and right carotid arteries, which carry oxygenated blood, form a circle at the base of the brain called the Circle of Willis. This circle basically transports the THC, along with other elements, inside the microvessels, which then circulate the compounds and molecules throughout the brain.

What Happens Inside the Brain?

THC travels through the bloodstream, where it binds to the body’s own endocannabinoid receptors. Our bodies secrete some of the valuable cannabinoids on their own, which act on brain function via special receptors. This is realized as the endocannabinoid system, which modulates stress, metabolism, appetite, pain, etc. Piomelli, the director of the Center for the Study of Cannabis at UC Irvine, cited the various roles of cannabinoids in most neurotransmitters. Brain cells (neurons) communicate through the molecules of neurotransmitters, which include serotonin and dopamine, via a thin gap between neurons known as synapses. The signal travels to the next postsynaptic neuron and triggers the necessary action. These cascades of systematic steps comprise more than eighty-five billion brain neurons and hundreds of trillion connecting them. 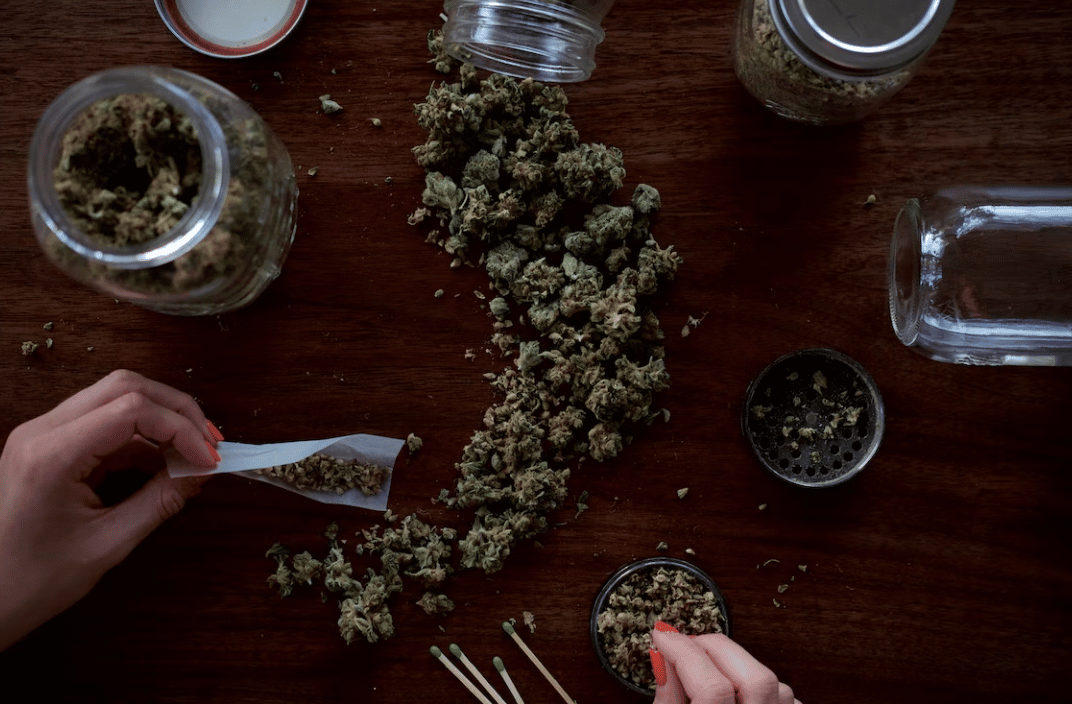 Recent studies reveal a basic understanding of the influence of cannabis and cannabinoids (similar compounds) on the human brain. Cannabinoids primarily affect the body through two types of receptors, namely CB1 and CB2. When THC is infused into our brain receptors, it activates CB1 receptors. They block presynaptic neurons from propagating signals to the next one, at least temporarily. When neurons across the brain stop sending any information by altering the normal flow of signals in the endocannabinoid system, THC makes us high.

Some research shows the presence of a new cannabinoid receptor in the brain. Cannabinoids have an effect on the synaptic transmission system as well as various areas of the central nervous system. Specifically, they have a crucial role in modifying our endogenous brain cannabinoid system.

This concludes our overview of the physiological and anatomical mechanisms by which cannabis affects us. As the cannabis industry is still rapidly developing, we recommend continuing to research this topic more closely. 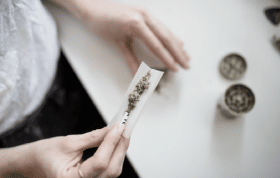