Two drug dealers who tried to smuggle cocaine to Iceland to make even more profit were caught by an airport sniffer dog with the drugs hidden inside themselves. Bradley Pryer, 24, who had already made over £2.7 million from his UK operation, and fellow crook Cain Adams, 23, were caught by the dog with more than £6,000 of coke hidden inside their body.

The pair were arrested at Stansted Airport, Essex, last April, before they boarded a flight to Reykjavik. They were sniffed out by a drugs dog and found to be carrying cocaine described as “high purity”. It had a combined estimated UK street value of £6,300, but would have been worth around three times that in Iceland. Messages from Pryer indicated an intention to send similar quantities of cocaine a week to Iceland by using similar drug mules.

Pryer was targeted by he Organised Crime Partnership (OCP) as part of Operation Venetic, a joint venture by Scotland Yard and Britain’s version of the FBI – the NCA. Under the handle ‘Maidenbonsai’, Pryer was regularly in contact with Robert Smith, another Essex-based criminal who is facing prison time after pleading guilty to drugs supply offences.

Operation Venetic was the police’s response to the takedown of EncroChat – an encrypted communication service where drug dealers conducted their business. OCP investigators discovered that Pryer supplied multi-kilo quantities of cocaine between March and May 2020 using the platform. 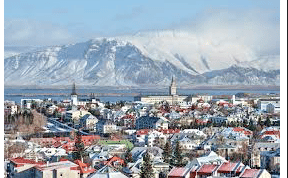