If you wish to re-publish this story please do so with following accreditation
AUTHOR: Shane Eloe
PUBLISHER:  CANNABIS LAW REPORT

Farmers across the country have started growing hemp under the 2014 farm bill while the regulations for the 2018 farm bill are sorted out by the USDA and state departments of agriculture. Many have setup legal entities and registered under their states’ regulatory programs as permitted growers but have hit a hurdle that most new businesses hop right over: opening a bank account.

Most banks and credit unions as well as the farm credit network are currently on the sidelines waiting for clarification in banking regulations before they start working with industrial hemp growers. Significant stumbling blocks for banks are the potential impact of the Bank Secrecy Act reporting requirements and violations under the Controlled Substances Act that may be inadvertently invoked by working with industrial hemp production. A bank can check that the grower has all the required licenses or certifications, but how does the bank know that the crop in the field will test with less than 0.3% THC when it is harvested and tested?

The regional banks and credit unions that have waded into the procurement of services to state sanctioned recreational cannabis operations have frequently extracted significant service fees from these businesses that would cripple the economics of a hemp farming operation. Additionally, the banks that are still accepting new accounts have long waiting lists that would not have a grower ready to operate by the 2020 planting season.

Operating in cash may also pose a significant risk to a farmer that produces conventional crops in addition to hemp and has a traditional banking relationship for the other farming operations. Since most farmers comingle the funds for their operations between various crops, the banks or regulators could argue that the “cash” used to operate the hemp business was also related to the corn, soybean, or wheat operations and effectively taint the bankability of the entire operation. This leaves operators with very few options for legitimately integrating a hemp crop into their farming operation.

Senator Ron Wyden and Senate Majority Leader Mitch McConnell sent letters to the Federal Deposit Insurance Corporation (FDIC), the Office of the Comptroller of the Currency (OCC), the Federal Reserve System, as well as the Farm Credit Administration (FCA) in April asking the regulators to issue guidance that would ease the burden of banks seeking to work with the hemp industry. Additionally, the House is working on the Secure And Fair Enforcement (SAFE) Banking Act, but it has yet to progress out of committee.

Until the regulators make it clear that financial institutions can legally work with the hemp industries, farmers who want to grow hemp are left either flying under the radar or looking for banking alternatives. Private industry is already working on figuring out how to address this need as logistics company HARDCAR has announced nationwide vaulting for cannabis cash in addition to secured transport of cannabis product.

Colorado opened the door for a state bank to serve the cannabis industry, but Fourth Corner Credit Union is still overcoming obstacles to opening its doors. It had to sue the Federal Reserve Bank of Kansas City to get the master account it needed and lost that action, but later received a ruling outlining a path to obtaining that account. One of those items was to obtain private deposit insurance from the NCUA or a private insurer, but Colorado doesn’t allow private banking insurance, so Fourth Corner took the NCUA to court after its application was denied. The court has dismissed the suit as a moot point on the NCUA’s argument that Fourth Corner needs to reapply for deposit insurance after a change in its business model based on changes needed for compliance with the stipulation of the Federal reserve to not serve marijuana related businesses until marijuana becomes Federally legal.

Although this is still an issue for the mission of Fourth Corner, this demonstrates clearly that a credit union could be opened in Colorado to work with industrial hemp farmers and related businesses and clear all the hurdles outlined by the Federal Reserve. While this is good for Colorado other states need to consider clarifying their banking regulations and safeguards to make traditional banking options available to licensed hemp growers. 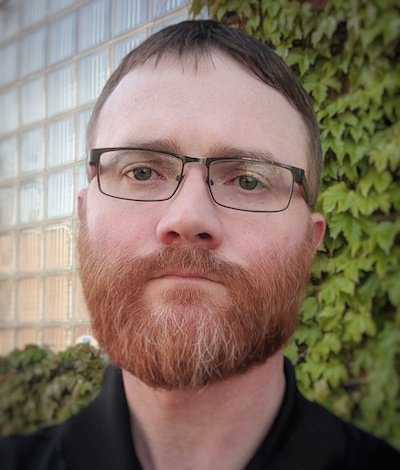