Connecticut adopted a $46.4 billion budget for the two-year period that commenced July 1, 2021, reflecting a 2.6% spending increase for the first year and a 3.9% spending increase for the second year.There is much to love and hate about the budget regardless of your political persuasion, leaving many to wonder whether the state missed the opportunity to make more significant structural changes at a time when its economy is rebounding and its rainy day fund is at capacity.

On the positive side, latest projections from the Office of Policy and Management indicate that the state finished the 2021 fiscal year with a projected surplus in excess of $271 million, and the balance in the state’s budget reserve fund (the “rainy day fund”) has grown to its statutory cap of 15% of General Fund expenditures or just over $3 billion.This freed up over $1 billion to be applied to Connecticut’s massive long-term pension debt.The new biennial budget fortunately does not touch the rainy day fund, projects a $2.3 billion surplus and should allow for additional, future payments to be made to the two state pension plans.Money was deposited into Connecticut’s unemployment trust, but not in an amount that would fully address the significant state borrowing that has occurred since the start of the coronavirus pandemic.

Although progressives in the General Assembly worked hard to increase taxes on businesses and higher-income individuals, Governor Lamont held the line on most tax increases.While the opportunity to make more meaningful tax law changes to boost the economy was missed, the General Assembly did enact tax legislation for the benefit of individuals, such as remote worker relief for 2020 and the future exclusion for many retirees of income from individual retirement accounts, and for the benefit of businesses, including the expanded use of the research and development tax credits, the film production tax credit and the angel investor tax credit, and the adoption of tax incentives for the development of data centers. Unfortunately, on the negative side, Connecticut yet again extended the 10% surcharge on the corporation business tax, and delayed and extended the phase-out of the capital base tax on corporations.

Despite suggestions made in the press that it enacted no new taxes, the General Assembly adopted a new state cannabis tax and a municipal sales tax on cannabis, a new highway use tax and new taxes on online casino gaming, sports wagering and fantasy contests.The admissions tax was largely repealed with the exception of certain movie tickets, but the dues tax remains in place. The laws governing the state unemployment compensation system were significantly changed, particularly as they relate to the setting of an employer’s unemployment insurance tax experience rate.

Please note that Connecticut will be running another tax amnesty program during the period from November 1, 2021 to January 31, 2022.The program will apply to all Connecticut state taxes (other than motor carrier road taxes) for all tax periods ending on or before December 30, 2020.If accepted into the program, a taxpayer can qualify for a 75% reduction in interest, as well as relief from civil penalties and criminal prosecution.

This newsletter summarizes Connecticut tax legislation enacted, court decisions rendered, and administrative guidance published by the Connecticut Department of Revenue Services (DRS) during the first six months of 2021.Please contact a member of our State and Local Tax Practice Group if you have any questions regarding the new tax law changes and how they may affect you and your business.

Originally published via the Mondaq platform at  https://www.mondaq.com/unitedstates/tax-authorities/1097352/2021-connecticut-tax-developments 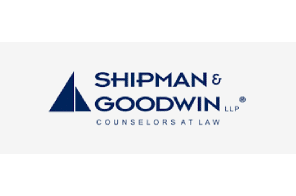